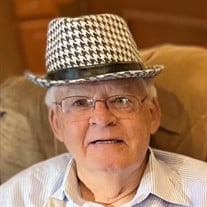 Alan Butch Purser, 71, was born in Macon, Georgia to the late Sara Fordham and Ottis Wynne Purser. He died on September 17, 2021 at Doctor’s Hospital in Sarasota, Florida of complications from Covid 19. He was raised in a military family in Cochran, Ga for most of his childhood. He graduated from Charles M Russell high school in Great Falls, Montana, and from College of Great Falls, Great Falls, Montana, with a degree in accounting. Alan joined the Air Force as an enlisted member in 1970, shortly after graduating from high school. He completed his college degree and worked as a Computer Specialist, and retired from the Air Force as a non commissioned officer with a rank of Tsgt in 1995. He continued to serve his country as an Air Force contractor for many more years, before finally retiring in 2013. Alan is survived by his wife of 42 years, Sharon Truitt Purser, his children Kelly (David) Smythe, Stephanie (Mike) O’Donnell, and Alan Jr. (Jessica) Purser. He is also survived by his eight grandchildren: Hollyn (Ron) Occhiline, Gage Smythe, Trae Allen, Brantley Smythe, Aubrielle Smythe, Carter O’Donnell, Tori O’Donnell, and Alan Purser III, and one great grandson, Daelen Occhiline. He is preceded in death by his mother, father, sister, and brother. “Papa,” as he was affectionately referred to by his grandchildren, and “Big Papa” by his great grandson, loved his dog Nicky beyond words! He enjoyed spending time with his family and making new friends in his neighborhood while walking his dog. He was always willing to lend a hand to anyone. He loved his country deeply and freely expressed his patriotism. He was also the biggest Alabama Crimson Tide football fan that you will ever meet, and he never missed watching a game on tv! A memorial service with full military honors will be held on Thursday, October 7, 2021 at 10am at Sarasota National Cemetery in Sarasota, Florida. Toale Brothers Funeral Home and Pastor Kerry Feathers officiating. In lieu of flowers, please consider making a donation to the Disabled American Veterans (DAV.org) or the Wounded Warrior Project (woundedwrriorproject.org). He will be loved and missed by many.

Alan Butch Purser, 71, was born in Macon, Georgia to the late Sara Fordham and Ottis Wynne Purser. He died on September 17, 2021 at Doctor&#8217;s Hospital in Sarasota, Florida of complications from Covid 19. He was raised in a military family... View Obituary & Service Information

The family of Alan Butch Purser Sr. created this Life Tributes page to make it easy to share your memories.

Alan Butch Purser, 71, was born in Macon, Georgia to the late...