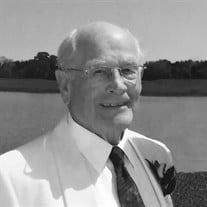 Franzheim, Albert Whitaker (“Whit”) 93, of Sarasota, Florida died on Friday May 14, 2021. Originally from Wheeling West Va, he was born November 23, 1927, the son of the late Lawrence Woodward Franzheim and Sarah Whitaker Franzheim. Whit was a graduate of the Lawrenceville School in Lawrenceville, NJ and Northwestern University in Chicago, IL where he majored in communications and public relations. Following college, he completed his training in the U.S. Marine Corps, married his first wife, Joan (Jodie) Smith Franzheim on June 9,1951, and later moved to Chappaqua, NY where they raised their four children. Whit retired as a Vice President at Cunningham and Walsh Advertising Agency in New York City where he worked from 1950-1971. Among many accomplishments, his most memorable were as Account Supervisor of the American Export Line and as Account Executive for all eight Industrial Divisions of the Johns-Manville account. He left C & W after 21 years and started his own advertising agency, Franzheim Associates, in both Chappaqua, NY and Londonderry, Vermont. In 1971, he left “the rat race" and moved full-time to Londonderry with his wife and the two younger boys. While there, he was elected and served as president of the Rotary Club for many years taking enormous pride in having earned the respect of his fellow businessmen as a transplant from the city. He was a stockholder in Magic Mountain ski resort and a member of the men’s tennis league at Windham Heights County Club. He became an avid gardener, prolific painter and enjoyed traveling especially in his Wanderlodge motor home. Whit and Jodie began their Florida adventure as snowbirds to Osprey in 1990. After Jodie’s death in 2002 he moved into The Glenridge at Palmer Ranch where he lived an active life for many years serving on many committees and clubs. He was particularly proud of his involvement with their renowned Performing Arts Center (GPAC). Whit met and married his current wife, Brook BecVar, of Louisville, KY to whom he had been a devoted husband for the past 12 years. Whit was well-loved by his many friends and his family and will be fondly remembered for his witty sense of humor, his wonderful sense of adventure, and his kind heart. He leaves a legacy of dignity and true gentlemanship behind. In addition to his parents, he was preceded in death by his first wife, Joan S. Franzheim; his sister, Sarah “Sally” Franzheim Hobbs, and his brother Lawrence Woodward Franzheim. Surviving are his current wife, Brook, his three sons: Whit Jr, (Joan), Jonathan, Harry (Margie), daughter Sarah Bishop (George Horton), his 6 grandchildren and his 5 great grandchildren. A special thanks goes out to the staff at the Carroll Center from the family for their compassionate care. A memorial service will be held at 11:45 am Tuesday, June 1, 2021, at The Glenridge at Palmer Ranch, 7333 Scotland Way, Sarasota, FL 34238. Interment will take place in West Virginia. Memorial contributions may be made to the Glenridge Performing Arts Center (GPAC) at 7333 Scotland Way, Sarasota Florida, 34238.

The family of Albert Whitaker (Whit) Franzheim created this Life Tributes page to make it easy to share your memories.

Send flowers to the Franzheim family.