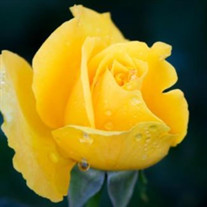 B. Joan Suddarth, 88 from Sarasota went home to our Lord on Saturday, July 11th while in hospice care at Sarasota Memorial Hospital. As one of eleven children, she was born in Burlington, Kansas to Frances & Ethel Schneider. Joan’s career spanned 31 years in Topeka, where early in her career, she held the prestigious position of being the first female engineer for Southwestern Bell. For many years she was the Area Manager for the state of Kansas Telephone Pioneers, a philanthropic community service organization. Joan held the distinguished title of National Past President of American Business Women’s Association, a large member organization dedicated to improving women’s lives through education and the provision of scholarships. She was chosen two different years as one of the “Top Ten Outstanding Businesswomen in America” by ABWA. She was a lifelong avid KU basketball fan…Rock Chalk Jayhawk. In 1995, she and her husband Thom moved to Sarasota, started a fourteen year second career with international communications, setting up technology training for major corporations in the US, Europe, and Asia. They loved playing golf with their many friends around Sarasota. In Sarasota, Joan became deeply involved in the community. She served as president of the American Cancer Society, president of the Sarasota Opera Guild, president of the Florida West Coast Symphony (now known as Sarasota Orchestra), and president of St. Thomas More Catholic Church Women’s Club. She also Chaired the Symphony Association Designer Showcases. Joan served on the Board of the Women’s Resource Center, Family Law Connections and was a current Artist Series Concerts of Sarasota Trustee. Joan is survived by her daughter Cynthia Dieker Mumm (Howard) of Sarasota, her sons Gregory J. Dieker (Angelique) of Elizabeth, CO and Timothy C. Suddarth of Round Rock, TX, her grandchildren, Carlyn W. Mumm of Dallas, TX and Dylan W. Mumm (Alexa) of Denver, CO, her brother Robert Schneider of Denver, CO and sister Fran Truelove of Burlington, KS. She was predeceased by her husbands, Thomas C. Suddarth in 2016, James D. Dieker in 1956 and her son Ronald D. Dieker in 2005 and many siblings. A memorial service will be announced upon a safer time to gather. To contact the family, please send email to [email protected] Artist Series Concerts of Sarasota has established a Joan Suddarth Scholarship Fund to help emerging artists. Donations may be made to Artist Series Concerts, 1226 N. Tamiami Trail, Suite 300, Sarasota, FL 34236. Please be sure to designate your contribution for this fund; or call 941-306-1202.

B. Joan Suddarth, 88 from Sarasota went home to our Lord on Saturday, July 11th while in hospice care at Sarasota Memorial Hospital. As one of eleven children, she was born in Burlington, Kansas to Frances & Ethel Schneider. Joan&#8217;s... View Obituary & Service Information

The family of B. Joan Suddarth created this Life Tributes page to make it easy to share your memories.

B. Joan Suddarth, 88 from Sarasota went home to our Lord on Saturday,...

Send flowers to the Suddarth family.