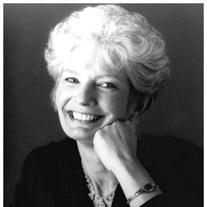 BARBARA BARSTOW, born on March 7, 1947 in Chicago, Illinois, Barbara Barstow completed her life’s journey on February 3, 2022 in her 75th year. Barbara was the second of two daughters born to the late Thadeus (Ted) and Harriet Zajac (Kosiba). Her sister, Kathleen Wallschlaeger died in 2001. She is survived by her husband and best friend of 50 years, William Barstow and her aunt, Mary Anne Kosiba of Bartlett IL. She also leaves behind four nieces and nephews: Charles Barstow and wife, Carmen, of Arroyo Grande, CA; Wallace Barstow and his wife, Susan, of Norfolk, VA; Dolores Broski and her husband, Joseph, of Goodyear, AZ; and Victoria Barstow-Favret and her husband, James Favret, of Denver, CO. Barbara grew up in Skokie, IL, and graduated from Regina Dominican High School in Wilmette, IL in 1965. She completed a Bachelor of Music from the University of Michigan in 1969, which propelled her 40-year career in music education and orchestral conducting. After graduation she spent ten years teaching and conducting in public school systems; first in Carpentersville-Dundee, IL, then in Bridgewater-Raritan New Jersey. Following the completion of her Master of Music degree in viola performance at Temple University in 1985, Barbara became the founding conductor in 1986 of the Westminster Community Orchestra at the Westminster Conservatory of Music of Westminster Choir College in Princeton, NJ, which she headed until stepping down in 2001. For twelve years (1986-97) she taught string methods as an Assistant Professor at WCC. For 28 years Barbara served as a conductor (1981-2009) at the New Jersey Youth Symphony Inc where she initiated the development of: the family of four additional orchestral ensembles, the NJYS Summer Camp, numerous chamber music and music theory initiatives, and musical outreach events, including the annual Playathon, featuring 400 students performing together at central NJ shopping malls. In 2000 Barbara was appointed as the Artistic Director of NJYS, an expanded role she performed until her retirement in 2009. As an extraordinary teacher, conductor, educator and mentor, she inspired thousands of young people through her dynamic energy, infectious enthusiasm and her passion for musical excellence. After her retirement Barbara maintained a private studio in Hillsborough, NJ; and, after relocating to Bradenton FL she continued to play chamber music, and she spearheaded numerous social and entertainment activities at Five Lakes Condominium Association. Donations in Barbara’s memory may be made to the New Jersey Youth Symphony’s scholarship fund at www.Whartonarts.org. Plans are in progress to fund a dedicated scholarship in her memory to assist aspiring musicians. A Celebration of Life event will be scheduled at a later date.

BARBARA BARSTOW, born on March 7, 1947 in Chicago, Illinois, Barbara Barstow completed her life&#8217;s journey on February 3, 2022 in her 75th year. Barbara was the second of two daughters born to the late Thadeus (Ted) and Harriet Zajac... View Obituary & Service Information

The family of Barbara Barstow created this Life Tributes page to make it easy to share your memories.

Send flowers to the Barstow family.