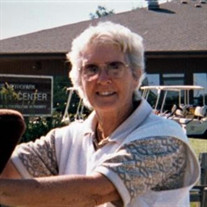 Barbara (Bobbie) Borg passed away peacefully, while holding her wife Rose’s hand, on Saturday April 16th, 2022, in Sarasota, Florida. Bobbie was born in La Porte Indiana on November 3rd, 1931, to Dorothy and Hubert Borg and graduated from La Porte High School. Bobbie met her soulmate Rose 71 years ago and they spent most of their life in Glenwood Illinois where they bought their first home together. Bobbie worked as Vice President of The Property Owners Service Company until she retired in 1991 and moved to Sarasota Florida. She was a big fan of the Chicago Cubs and the Bears, and after moving to Florida, she also became a fan of the Tampa Bay Bucs and the Rays. Bobbie loved playing softball, bowling, golfing, dancing, cooking and was an avid reader. She was an active member of the Fraternal order of the Eagles #2756 in Sarasota where she enjoyed playing Bingo, the Queen of Hearts and occasionally a game of pool with friends. She was also a member of the American Legion Post 266. She also loved music and became very skilled at writing rap songs for friends and family on birthdays and other special occasions. She also had a special love for animals and had two wonderful dogs named Gigi and Molly and was very generous with donations to the ASPCA. Bobbie enjoyed traveling with Rose throughout America and around the world, visiting several countries including Sweden, Denmark, Finland, England, Italy, Germany and France… just to name a few. Bobbie is survived by her wife Rose, her two sisters in-law Joy Furness and Joann Borg, and her brother in-law Gordon Furness, and several nieces and nephews. Bobbie was preceded in death by her parents, and two sisters Joan Borg and Mary Arndt and her brother Hubert Borg. A celebration of life will be held for family and close friends, at a later date.

The family of Barbara (Bobbie) Borg created this Life Tributes page to make it easy to share your memories.

Barbara (Bobbie) Borg passed away peacefully, while holding her...

Send flowers to the Borg family.