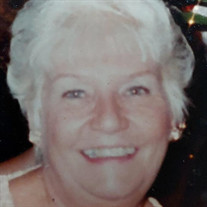 Barbara (Bobbie) Doner passed away peacefully on January 13th, 2022, at the age of 84 after a long battle of Alzheimer’s/Dementia disease. She is preceded in death by her husband James (Jim) Doner, mother June Shrum, and Father Earl Rice. She is survived by her three children: Kathy Donath, Steven (Sherry) Kollar, Debora (Chip) Dessum, and many grandchildren. Bobbie had an intense love for dance, performing, and teaching. After she graduated from Riley High School in 1955, she married David Kollar & they had three children together. In the 60’s she became an entrepreneur who opened her own dance studio, “Bobbie’s School of Dance”. She choreographed and taught Ballet, Tap, Jazz, Baton, Ballroom, Acrobatics, and Exercise to her students. Her children were involved in every stage performance, recital, parade, and competition so she could do what she loved, dance and raise her family. She directed yearly dance revues with her students that were held at many of the local high school auditoriums, and then at the universities. In 1976 she was the Drill Team Instructor for the Concord “Marching Minutemen Bands Hawaii Tour. She instructed drum majors, baton twirlers, drill team and banner members for the “King Kamehamalia Celebration Floral Parade”. She was faced with multiple life events that changed her course direction. In addition to raising her children and building a thriving dance studio, she also became an advocate and philanthropist for the Kidney Foundation. As a result of her involvement in the foundation, the children’s father became one of the first recipients of an in-home kidney dialysis machine, where she then became the in-home caregiver. After his passing, to keep his thriving plumbing and heating business going, she studied and became one of the first women to become a Master Plumber. After a few years, her course direction changed again where she eventually ended up in Sarasota, FL. She rekindled with a childhood friend, Jim Doner. Both of their mothers were best friends all throughout the years and eventually became in-laws when Bobbie and Jim married February 15, 1991. They loved each other so much that each year on Valentine’s Day they would renew their wedding vows on Siesta Key Beach. Bobbie had an adventurous spirit. She also loved traveling, music, and animals. As a child had a Shetland pony and several different dog breeds throughout the years; German Shepherds, Great Danes, Saint Bernard, and a Bichon Frese all of whom she loved dearly. She will be greatly missed by her family, friends and all the lives she has touched. Per her wishes, there will be no public service. The family will have a small graveside gathering at the National Cemetery in Sarasota, where she will be placed next to her husband Jim. We would like to send our sincere thanks to the team at Inspired Living at Hidden Lakes, Bradenton FL. where she spent the last 8 months at their memory care facility, and most recently the team at Tidwell Hospice in Bradenton Fl. who provided that extra care for her when she needed it most.

Barbara (Bobbie) Doner passed away peacefully on January 13th, 2022, at the age of 84 after a long battle of Alzheimer&#8217;s/Dementia disease. She is preceded in death by her husband James (Jim) Doner, mother June Shrum, and Father Earl... View Obituary & Service Information

The family of Barbara (Bobbie) Doner created this Life Tributes page to make it easy to share your memories.

Send flowers to the Doner family.