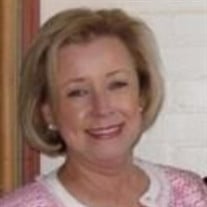 Carol Sears died on June 26, 2021, at the age of 79 in the loving presence of her daughters. She was the daughter of the late Captain Aubrey William Deavours and the late Evelyn Lacey Deav- ours. Born in Fort Benning, Georgia, on August 19, 1941, Carol grew up in several states before settling in Marion, Alabama, where her father taught at the Marion Military Institute. She was a 1959 graduate of Perry County High School and attended Judson College. In the early 1960s, she set off for adventure as a stewardess for Delta Airlines. While based in Atlanta, she met her husband, the late Ernest “Sonny” Claud Sears, Jr., and they were married in Sarasota on June 26th, 1965. Carol was reunited with him on what would have been their 56th wedding anniver- sary. Carol found great joy in making Sonny’s hometown her own. She was an active member of the Junior League and volunteered for the Sarasota Day Nursery. Later, she was a dedicated volun- teer for SPARCC, and chaired many events including Pique Nique Sur La Baie and the Sarasota Debutante Holiday Ball. Carol will be remembered for her infectious laugh, competitive spirit and fabulous dinner par- ties. She was an early member of the Sarasota Sailing Squadron’s ‘Luffing Lassies’, loved playing bridge at the Field Club and adored “Giggle Golf” with her friends. In their later years, she and Sonny spent some of their happiest memories in Highlands, North Carolina at Wildcat Cliffs Country Club. There, she delighted in entertaining friends and evening golf cart rides with their beloved dogs. Carol’s greatest passion was her family. A dedicated and loving wife, mother and grandmother, she lived with a joyful heart. She is survived by her daughters Ashley Sears Dement (Ward) and Susie Sears Anderson (Charlie), grandchildren Evelyn, Margaret and Charles Anderson and step grandchildren Gigi and Cole Dement, her brothers Bill Deavours (Ruth) and Lee Deavours (Judy), niece Kay Lineweaver, and nephews John and Bill Lineweaver and Alan and Richard Deavours. The family would like to give special thanks to Carol’s dedicated and faithful caregivers, espe- cially Amy Lee, Robin Ocher, Lucielle Gutierrez, Izabela Grimm, Ana Gomez, and her dearest friend Tania Travezan. Your loyalty, devotion, and love are unmatched. We will be forever grateful to all of you. A memorial service will be held at the Church of Redeemer on August 13, 2021, at 4:00 pm. In lieu of flowers, memorial contributions may be made to the Church of the Redeemer, 222 S. Palm Ave, Sarasota, FL 34236 (RedeemerSarasota.org/Give).

Carol Sears died on June 26, 2021, at the age of 79 in the loving presence of her daughters. She was the daughter of the late Captain Aubrey William Deavours and the late Evelyn Lacey Deav- ours. Born in Fort Benning, Georgia, on August 19,... View Obituary & Service Information

The family of Carol Deavours Sears created this Life Tributes page to make it easy to share your memories.

Send flowers to the Sears family.