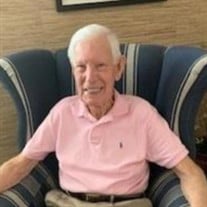 Charles M. Hardcastle passed away on March 25th, 2022 in the company of his beloved wife of 54 years, Catherine Ann Turner Hardcastle and his eldest son, Dale Hardcastle. Chuck was born January 15, 1934 in Butler County, Kentucky. He was predeceased by his parents; Charles M. Hardcastle Sr and Jessie Myrtle Hardcastle as well as his siblings; Betty Sue Headley, Morris Hardcastle and Mendel Spenser Hardcastle. Chuck is survived by his wife, Ann Hardcastle, his sons, Dale Hardcastle of Singapore and Christopher Sean Hardcastle of Brighton, Massachusetts; siblings Mary Chandler of Lakeland, Fl; Roger Hardcastle (Janet) of Russellville, Kentucky, a brother-in-law Chuck Headley of Lakeland, FL and sister-in-law Diane Hardcastle of California. In addition, he leaves behind his grandchildren, Auric and Amber Hardcastle of Singapore and Sarah, Logan and Aerin Hardcastle of Lawrence, Massachusetts as well as several nieces and nephews. Chuck joined the United States Air Force where he served for twenty years during both the Korean and Vietnam wars as a crew chief maintaining military aircraft. After military service, he graduated from Chapman College in California with a Bachelor of Science degree. He joined the Digital Equipment Corporation in their IT and Computer Sales Departments respectively from where he retired. Chuck and Ann resided in Amherst, New Hampshire for many years where they were active parishioners at Grace Episcopal Church in Manchester, NH. Chuck was a Vestry member and served for many years as Senior Warden of the parish. He was also the first president of the Manchester Housing Authority. In 2005, Chuck and Ann decided to realize a lifelong dream and move to Singapore where they resided for ten years. This provided the opportunity to travel extensively throughout Asia, a pastime in which Chuck took great interest and delight. In 2015, the couple returned to the United States and took up residence in Lakewood Ranch, Florida. They became active parishioners at St. Boniface Episcopal Church in Siesta Key, Florida. Chuck was a gentle and dignified Southern gentleman to the core. He was an avid reader and loved nothing better than sipping coffee and immersing himself in books at Barnes and Noble. He was besotted with his grandchildren and took great interest in their activities and achievements. His two sons were a constant source of pride and he sought to visit them as often as possible. Chuck will be remembered for his warmth, his humor and his sensitivity to every person who came into his acquaintance. A memorial service is planned for June 24th, at 11:30 AM, at St. Boniface Episcopal Church. In lieu of flowers, the family asks that memorial donations be sent to St. Boniface Episcopal Church, 5615 Midnight Pass Road, Sarasota, FL. 34242 and designated to Outreach.

Charles M. Hardcastle passed away on March 25th, 2022 in the company of his beloved wife of 54 years, Catherine Ann Turner Hardcastle and his eldest son, Dale Hardcastle. Chuck was born January 15, 1934 in Butler County, Kentucky. He was predeceased... View Obituary & Service Information

The family of Charles M. Hardcastle created this Life Tributes page to make it easy to share your memories.