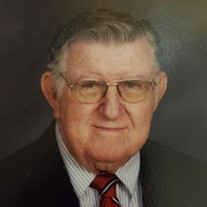 Charlie Heath, age 89 born to Hazel Harris and Fletcher Heath, was originally from Richmond Va. He graduated from John Marshall High School. He played football at the University of Richmond and received his BA degree in 1952. In the off season, he played trumpet in the concert band and sang in the University of Richmond glee club. He always said how fortunate he was that he had a football scholarship that paid for his education to the University of Richmond because his Dad died after his freshman year. After graduating, he served two years in the US Army in Korea. Upon returning home, he enrolled in graduate studies at the University of Tennessee and received his Master of Science degree in 1955 where he met his loving wife Thelma Newhart. They moved to Sarasota in 1956 and he coached football and track and taught at Sarasota Junior High. He later taught and coached football at Venice High School. He had a great rapport with his players and students. He really enjoyed his work. Every Thursday, for many years, he has enjoyed lunches with many of his former football players from the late 1950’s and 1960’s football teams. They had a lot of fun together and dined at different restaurants each week. After retiring from coaching and teaching in 1994, he stayed busy in the insurance business and as a realtor with Harry Robbins Assoc., Inc. He was member of the First United Methodist Church of Sarasota. In his years as a member, he served on the official board, taught Sunday School, ushered, and served as the older youth leader. His favorite hobby was tarpon fishing, being on the water in his boat and watching the University of Florida gator football. Surviving him is his son, Alan Heath, daughter Margaret Heath, and grandsons, Brandon Heath and Cody Heath. In lieu of flowers, please make a tax-deductible contribution in Charlie’s remembrance, to the existing Charlie Heath Football Scholarship Fund, University of Richmond, Richmond, VA. He loved life, his family, his students, and players.

Charlie Heath, age 89 born to Hazel Harris and Fletcher Heath, was originally from Richmond Va. He graduated from John Marshall High School. He played football at the University of Richmond and received his BA degree in 1952. In the off season,... View Obituary & Service Information

The family of Charles Mason Heath created this Life Tributes page to make it easy to share your memories.

Send flowers to the Heath family.