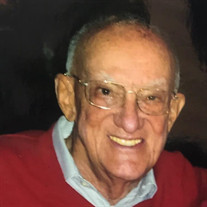 Christopher T. Drake was born December 4th, 1932, in Athens, Greece. He died on March 8th, 2022, in Sarasota, Florida. As a boy, Chris survived the Nazi occupation of Greece. Because his father had been granted US citizenship for serving the US Army in the Philippines as a physician, Chris, his mother, and brother also obtained citizenship status. They were able to board the MS Gripsholm, a Swedish cruise ship chartered by the US government to transport civilians and POWs caught behind enemy lines during World War II. They arrived in New York City on February 25th, 1946. Chris then lived in the Chicago area, attended the University of Chicago as an undergraduate and then for medical school. He received his surgical training at Northwestern University, then established his surgical practice. He served as head of the Department of Surgery at the Illinois Masonic Medical Center in Chicago for 12 years. His affinity for teaching surfaced as he advanced in his surgical training and continued as he served on the faculty of the University of Illinois Medical School. His passion for his profession continued when he moved to Sarasota in 1984 where he was in private practice until retiring in 1996. In the spirit of Ulysses, Chris sailed the waters of Lake Michigan and the Gulf of Mexico. He enjoyed for many years the camaraderie found and friendships made through participation in several area sailing clubs. Chris’s love of family and friends sustained him throughout his life. He is survived by Suzanne, his wife of 65 years, as well as their three children, Diane Vincentz, Elizabeth Drake, and Nicholas Drake, and seven grandchildren. He was predeceased by his brother, Frank Drake, a cardiologist in Sarasota. Services will be conducted by Chris’s nephew, Reverend Eric Brotheridge, at 11:00am on Tuesday, March 15th, 2022, at Toale Brothers Funeral Home, 40 N Orange Ave, Sarasota, Florida. The family welcomes memorial contributions to the scholarship fund for the Sarasota Youth Sailing Program (where his grandchildren all learned to sail), 1717 Ken Thompson Parkway, Sarasota, Florida 34236.

Christopher T. Drake was born December 4th, 1932, in Athens, Greece. He died on March 8th, 2022, in Sarasota, Florida. As a boy, Chris survived the Nazi occupation of Greece. Because his father had been granted US citizenship for serving... View Obituary & Service Information

The family of Christopher T. Drake created this Life Tributes page to make it easy to share your memories.

Send flowers to the Drake family.