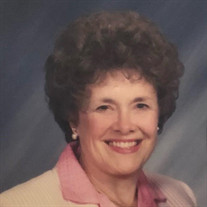 Colleen Mary Taggart, 87, Jacksonville, Florida, was born November 24th, 1934, in Manitowoc, Wisconsin to Colonel Joseph and Helen Deeley. She died on February 15th, 2022. Colleen spent her second and third grade years in California when her father was stationed at Camp Roberts. Her father sent the family home to Wisconsin when Pearl Harbor occurred on December 7th, 1941. She was subsequently raised in Sheboygan Falls, Wisconsin, and her father was sent overseas to the European Theatre as World War II commenced. Colleen graduated from Sheboygan Falls High School in 1952, and she was active in National Honor Society, Student Council, Art Club, and served as Junior Prom Queen. She was a member of Our Lady’s Sodality of St. Mary’s Catholic Church. After graduation, she worked at Beneficial Financial Co. for several years prior to attending Marquette University in Milwaukee, Wisconsin. While there, she was fortunate to live in the historic, former Miller High Life home, which served as a dormitory for Marquette University. On July 5th, 1958, she married Dr. Donald Taggart, a graduate of Marquette University Dental School and the University of Notre Dame. They lived in Forrestal Village, Great Lakes Naval Station, where Don served as a Lieutenant in the United States Naval Dental Corps. In 1960, they moved to Bellevue, Ohio. They were parishioners of Immaculate Conception Church, and Colleen became a member of the Daughters of Isabella. She was also active in the Ohio Literary Club and the Catholic Women’s Study Club, and she served as Program Chair for both organizations. The happiest time of her life was raising their four children, all born in 6 years. They are her pride and joy. She also enjoyed their four sweet dogs, and she found time for reading, gardening, and socializing. She enjoyed bowling in a women’s league for many years. Colleen and Don also traveled with the Dental Seminars Group. When Don retired from his dental practice in 1998, they moved to Longboat Key, Florida, and they became parishioners of St. Mary Star of the Sea Church. Eventually, they moved to Osprey, Florida, and they were active in Our Lady of Mount Caramel Church. Colleen was also a member of St. Michael’s Women’s Guild on Siesta Key. She was a compassionate and charitable woman; she supported many charities, especially non-profit organizations benefitting animals and underprivileged people. She was known to give generously to the homeless. She is predeceased by her beloved husband, Don, of 55 years, her parents, her brother Michael, brother-in-law and sister-in-law Edward and Rosie Taggart, daughter-in-law Bonita (Ted) Taggart, and several aunts, uncles and cousins. She is survived by her beloved children, Julie Canter, Tom (Patty) Taggart, Ted Taggart, and Tim (Lisa) Taggart, son-in-law Jim Canter, sister-in-law Mary Lou Deeley, eight beautiful grand-children, Chase, Alec, and Madison Canter, Andrew Taggart and Katy (Taggart) Boynton, Joseph Taggart, Carley (Taggart) Mueller and Claire Taggart, and a new, great grandchild, Flynn Canter. The family gives great thanks to the professional, compassionate, and caring staff of the Brookdale Southside (Jacksonville, FL) Assisted Living Facility, specifically Annemarie, Charlotte, Joanna, Harrison, Johana, Tammy, and Anna. Special thanks are also given to the very caring and supportive staff of Vitas Healthcare and Concierge Care in Jacksonville. We are grateful for the loving care of all the healthcare providers who supported Colleen. Visitation at Toale Brothers Funeral Home 6903 South Tamiami Trail, Sarasota, from 10:00 to 11:00 a.m. March 7th, 2022. Service to follow in the chapel at 11:00 a.m. Interment at Sarasota National Cemetery, 9810 State Road 72, Sarasota, at 1:30 p.m. on March 7th, 2022. In lieu of flowers, charitable donations may be made to North Shore Animal League America, P.O. Box 9281, Central Islip, New York 11722-9281, www.animalleague.org; St. Joseph’s Indian School, P.O. Box 326, Chamberlain, South Dakota 57326, www.stjo.org; Last Chance for Animals, 8033 Sunset Blvd. #835, Los Angeles, California 90046, www.lcanimal.org.

The family of Colleen Mary Taggart created this Life Tributes page to make it easy to share your memories.

Send flowers to the Taggart family.