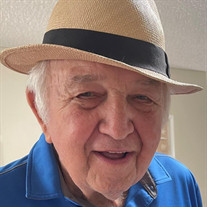 David C. Andrzejewski, of Venice Florida, a loving husband, an amazing father and compassionate friend, passed away peacefully in his home on December 6, 2021, surrounded by his family. David was 79 years old. He was born on September 4, 1942 to Chester and Thelma Andrzejewski in Northhampton, Massachusetts. He attended Easthampton high-school and graduated in 1960, after-which he attended the University of Hartford where he earned an Associates Degree in Electrical Engineering. After college, David joined the U.S. Air Force where he was responsible for electrical and navigational systems of military aircraft. After completing his military service, David worked with RCA Electronics Division and then worked with IBM, from where he retired after 30 years. David was active in community service. For fifteen years, he served as the First Selectman in East Kingston, New Hampshire and was a Troop-master for BoyScout Troop 92. On August 27, 1966 David married Linda Zable of Wayland, Massachusetts. They were best friends and travel partners during their 56 years of marriage. Retirement found David and Linda traveling the United States, Canada, Mexico and Central America to Panama in their Airstream trailer. For fifteen years they explored new landscapes, met interesting people and made new friends along the way. During their time on the road, David developed a passion and eye for photography and videography. David’s photographs of tiny flowers, rare birds, glaciers and snow covered mountains don the walls of their homes in Florida and Maine. David loved the outdoors and the adventures it offered. David canoed the Allagash waterway (112 mile, 14 day canoe trip) more than a few times, hunted whitetail deer in Northern Maine, hiked the Presidential Range in New Hampshire, fished for large and small mouth bass on Lake Arrowhead in Maine, ice fished on Lake Winnepesaukee, New Hampshire, ran the rapids on the Adroscoggin river in Errol, New Hampshire and walked the beaches in Venice, Florida looking for that perfect shark’s tooth and watching the sunset as it seemingly fell into the Gulf of Mexico. David is survived by his wife, Linda Andrzejewski (Venice, FL), son, Keith Andrzejewski and his wife, Lisa (Prenaveau) Andrzejewski (Ridgefield, CT), Daughter, Christine (Andrzejewski) Bennett and her husband David Bennett (Redmond, WA), Grandson Tristan Andrzejewski (21), Granddaughter Taylor Andrzejewski (19), Granddaughter Maya Bennett (18), Granddaughter Nadia Bennett (15), sister Theresa (Andrzejewski) Cebula, sister Maryann (Andrzejewski) Cebula and her husband Ray Cebula as well as many nieces and nephews. David also leaves behind countless friends and acquaintances who fondly recall his sense of humor (and mischief), his knowledge of all things and his boundless love for his family. David will be deeply missed. We love you, are grateful for your time with us and, when the time comes, we are comforted with the thought of being reunited in heaven. A funeral mass and burial are planned in Easthampton, Massachusetts in the spring. In lieu of flowers charitable donations may be made to Tidewell Foundation (Hospice), 5955 Rand Blvd., Sarasota, FL 34238 or www.tidewellfoundation.org/donate

David C. Andrzejewski, of Venice Florida, a loving husband, an amazing father and compassionate friend, passed away peacefully in his home on December 6, 2021, surrounded by his family. David was 79 years old. He was born on September 4,... View Obituary & Service Information

The family of David C. Andrzejewski created this Life Tributes page to make it easy to share your memories.

David C. Andrzejewski, of Venice Florida, a loving husband, an...

Send flowers to the Andrzejewski family.