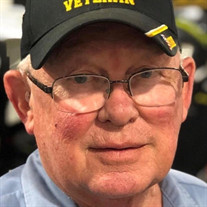 David M. Bixler “Bix”, 72, of Sarasota, FL passed away on October 4, 2020 after a valiant battle with Cancer. David was born May 31, 1948 at Sarasota Memorial Hospital and raised in the Belspur area of Sarasota. He graduated Riverview High School in 1966 and was accepted to the University of Florida after attending Manatee Community College. His plans changed when he met the love of his life, Alice Poneleit. They married in June of 1968, but before he could go to UF, his draft number was pulled. David served in the US Army and was deployed to Vietnam from September 1969 to November 1970. When he returned home, he went to work for his family at Hap’s Cycle Sales, Inc. He was a very successful salesman and his passion for Honda powersports earned him many awards, including a trip to Japan and another trip to Hawaii where he had the honor of dining with Mr. Honda himself. He later became part owner of Hap’s Cycle Sales, Inc. He was a pillar of the motorcycle community and had several accomplishments including being a founding member and early president of FTR (Florida Trail Riders) and SADRA (Sarasota Area Dirt Riders Association). He raced Enduros and was the Hi Point Winner in the 1975 Bushwacker Enduro. Besides motorcycles, David’s other passion was softball. He played a pivotal role in starting a men’s softball league in Sarasota and served on the board of the Sarasota Area Softball Association for many years. He was known for having the fastest short legs in Sarasota. David also enjoyed helping his wife by volunteering with Sarasota BMX. With Alice by his side, you could always find him at every NBL Grands and then weekends around Florida at the BMX state races. He was well known as a great motorcycle salesman and softball player, but an even greater family man and friend. David was preceded in death by his parents Carl and Elizabeth (Albritton) Bixler, his brother Morgan Bixler, and his son David Lee Bixler. Left to cherish his memory are his wife Alice (Poneleit) Bixler, son Stephen (Wyanda) Bixler, daughter in law Sara Bixler, grandchildren Christopher, Jacob, Tyler and Gavin Bixler, brother Richard Bixler, sister Joann (Peter) Waller, honorary daughter Kellie Dietz, and many cousins, nieces and nephews. Visitation will be Sunday, October 11, 2020 at Toale Brothers on Orange Ave from 2:00 – 6:00 pm. Memorial service will be held on Monday, October 12, 2020 at 1:00 pm at South Shore Community Church at 1899 S Tuttle Ave, Sarasota, FL 34239. Interment to follow at Friendship Baptist cemetery at 5700 Palmer Blvd, Sarasota, FL 34232. In lieu of flowers, please consider donating to the SADRA scholarship fund in honor of Bix. Send any donations c/o Hap’s Cycle Sales, Inc at 2530 17th St, Sarasota, FL 34234. Checks should be made out to SADRA (Sarasota Area Dirt Riders Association).

David M. Bixler &#8220;Bix&#8221;, 72, of Sarasota, FL passed away on October 4, 2020 after a valiant battle with Cancer. David was born May 31, 1948 at Sarasota Memorial Hospital and raised in the Belspur area of Sarasota. He graduated Riverview... View Obituary & Service Information

The family of David M. Bixler "Bix" created this Life Tributes page to make it easy to share your memories.