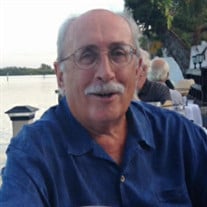 Sarasota, FL - David J. Driscoll, 73, passed away on March 1, 2021 at home surrounded by family. He is survived by his beloved wife of 39 years, Sharon B. Driscoll. Dave was predeceased by his son, Sean D. Driscoll in 2018. Dave was born in Bridgeport, CT on August 25, 1947 to parents Federal Court Judge Margaret C. Driscoll and AFL-CIO President John J. Driscoll. Dave graduated from Fairfield Prep, received his BA from Wesleyan University of Middleton, Connecticut and his MBA from University of Bridgeport. David attended Wesleyan University during the tumultuous late 1960s where, aside from his formal studies, he honed his skills in photography, a passion which occupied him throughout his life. After graduation, he served in the Merchant Marines during the Vietnam War, working on the shipping lines between the west coast and Southeast Asia – a way of doing service to his country, while being strongly opposed to the war itself. He began his career in marketing and advertising for several large companies in Washington D.C. He then enjoyed working for himself as a consultant. He semi-retired in Sarasota in 2011, where he enjoyed playing competitive tennis all across Sarasota County. Dave had a sharp intellect, a sharp sense of humor, and a sharp eye for life's absurdities and inequities. He was a true progressive and did not suffer fools gladly, particularly the fools he observed in government and politics. His comments and critiques were uproariously funny, and right on target. But most of all, for we who knew him, he was a warm, funny, curious, passionate, interesting, caring mensch. You couldn't ask for a better friend. There are many who will miss him terribly. A celebration of life will be held at a later date. In remembrance of Dave, donations can be made to Panthera.

Sarasota, FL - David J. Driscoll, 73, passed away on March 1, 2021 at home surrounded by family. He is survived by his beloved wife of 39 years, Sharon B. Driscoll. Dave was predeceased by his son, Sean D. Driscoll in 2018. Dave was born in... View Obituary & Service Information

The family of David J. Driscoll created this Life Tributes page to make it easy to share your memories.

Send flowers to the Driscoll family.