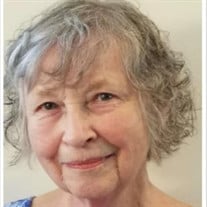 Donna Grace Duffy Reardon, 75, of Sarasota County, died May 31 at the Tidewell Hospice House in Venice, FL. A Funeral Mass celebrating Donna’s life will be held Friday, June 3 at 11 am in St Thomas More Catholic Church in Sarasota, FL. The Mass will be live streamed beginning at 10:55 for Donna’s eulogy at St Thomas More website. Internment will be in Mary’s Garden, adjacent to the church. Donna was born November 29, 1946, in Chicago to Alex and Bernice Duffy. Donna graduated from St. Bernadette Grammar School in Evergreen Park, Academy of Our Lady in Chicago, St Bernard School of Nursing in Chicago, and earned her Bachelor of Science in Nursing at Illinois Benedictine College in Lisle, IL. Donna became interested in health care as a high school Candy Striper at Little Company of Mary Hospital in Evergreen Park. As a Registered Nurse she worked at several hospitals but spent 30 years at Edward Hospital in Naperville, IL as a Cardiac and ICU nurse. She was deeply involved for over 40 years helping people with her wonderful nursing skills and compassionate caring. After the sudden death of Alex Duffy, Donna’s father, at the young age of ten, Donna assumed the responsibility of caring for her younger sister, Pat, while her mother, Bernice became the bread winner of the family. Donna carried this responsibility until Pat finished high school. During this time, Donna developed her Mom’s strong work ethic. Throughout these years the three Duffy ladies developed a deep love and devotion for one another lasting a lifetime. Donna was married in June 1968 to John (Jack) Reardon at St. Bernadette’s Church in Evergreen Park. Their daughter Tracy Lynn was born in November 1971. As a long time Naperville, IL resident, Donna enjoyed dancing, going to lunches with friends, socializing and watching Downton Abbey, Call the Midwife and other shows. She kept in touch with other graduates of St Bernard’s, and they called themselves the Bees. She loved going to live performance at theaters in Illinois and Florida. She was a very flexible traveler, and visited most states in the US, as well as Canada, France, Italy, the Czech Republic, Germany, Austria, and Hungary. Donna and John moved to Stoneybrook, Sarasota Florida in August 2021 where they had wintered since 2016. Survivors include her husband John (Jack) Reardon of Sarasota, FL, a daughter, Tracy Reardon (Bill Alstrom) of Plainfield IL, a sister Patricia (John) Duffy Heinlen, a sister-in-law, Cherie Reardon, and several nieces. Our family would like to thank the nurses and staff of Tidewell Hospice in Venice for their tender care and compassion for Donna and her family. In lieu of flowers, a donation to Tidewell Hospice would be appreciated.

The family of Donna Grace Duffy Reardon created this Life Tributes page to make it easy to share your memories.

Send flowers to the Reardon family.