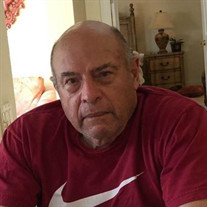 Dr. Edward Richard Farber, Age 82, passed away December 9, 2020, Sarasota, Florida due to Covid-19. Edward Farber was born a twin on September 13, 1938 in Brooklyn, New York to Joseph and Dorothy Farber. Ed graduated Phi Beta Kappa from the University of Michigan in 1959. He then went on to medical school at his beloved alma mater where he graduated top 5 in his class. Ed stayed at Michigan to complete his residency in pathology, the hardest residency in the country to acquire at that time. Most importantly, there Ed met Kay, the love of his life. Ed and Kay shared a 61-year marriage and together raised three children. After serving his country as a Major in the United States Army at Fitzsimons Army Medical Center in the late sixties, Ed and Kay set up roots in Midland Michigan. Dr. Farber joined the Midland Hospital staff in 1970 as the lead pathologist, part of a core group of specialists who built an outstanding reputation for quality health care delivered in Midland. Ed built the new pathology lab into a state of the art facility. He was held in the highest regard by his colleagues, described as a “surgeon’s pathologist” and an excellent clinician. Laboratory employees will always remember the fun-filled holiday party he hosted each year at the Midland Country Club, his dedication to ongoing education for laboratory employees and his daily greeting “What are we learning today?” as he visited the various lab departments. Dr. Farber was well liked and respected by the entire staff. He served the hospital and Midland community for over three decades with distinction. He is fondly remembered by the medical community in Midland. Ed chose to mostly indulge in the red food group, red meat and red wine. He often exchanged photos of his culinary creations which featured his beautiful prize, Kay. A true Michigan man, Ed could be found on Saturdays in the fall tailgating and mumbling profanities at the opposing team, chauffeured by his best buddy/ son or a grandchild. It was rumored his wardrobe consisted only of “Maize and Blue” and his famed sandals. Unfazed by his failing knees, he continued to play golf and tennis, ride his bike, workout, fly fish, duck hunt and travel the world to celebrate his family’s victories. Even after hanging up his skis, he still enjoyed family trips to Aspen to fish and strategically ride bikes downhill. Ed’s crown jewel however was his family, even if they chose to attend that school in Ohio. At the time of his death, Ed “the great pathologist” was reading the Great Influenza and was convinced he would figure out this virus. Dr. Farber is survived by his cherished family; devoted wife Kay Farber, his children Dorothy (Thomas) Cooney, Amy Farber (David Venegas), Dr. David (Esther) Farber, as well as his loving grandchildren, William Cooney, Joseph Farber, Jacqueline Cooney, Michael Defilippis and Aaron Farber. Ed is also survived by his siblings, Roberta Lewitt, Dr. Sheldon (Beverly) Farber, his twin Dr. Paul (Judy) Farber, and his sisters-in-law, Drs. JoAnn (Ron)Spiegel and Jackie Skirboll. Ed will also be missed by his many nieces and nephews. And of course, his loyal dog Rocky. Ed is preceded in death by his parents Joseph and Dorothy (Traeger) Farber, step-mother Edith Farber, sister and brother-in-law Sylvia and Joseph Kronzek, brother-in-law Larry Lewitt and brother-in-law Alan Skirboll. Dogs in Heaven: Kraynie, Hondo, Murphy 1, Murphy 2, Murphy 3 and Rosie. Ed was a good friend, colleague, com- rade and mentor to many. A private family service was held at Nathan Benderson Park on December 11, 2020. A Celebration of Ed’s Life will be planned in the fall. In lieu of flowers, memorial donations may be made to the COVID-19 Research Fund at the University of Michigan. Checks may be written to “University of Michigan” and sent to the Michigan Medicine Office of Development, 1000 Oakbrook Dr., Ste. 100, Ann Arbor, MI 48104. Please indicate that the gift is in memory of Dr. Edward Richard Farber and it will be applied to the correct fund. You may also call 734-764-6777 or visit the website victors.us/edwardfarbertomak

The family of Edward Richard Farber created this Life Tributes page to make it easy to share your memories.

Send flowers to the Farber family.