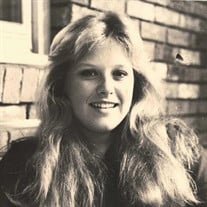 Elisabeth Sue Hacker, 55, of Sarasota, FL, formerly of Longmeadow, MA, died December 21, 2021, after a twenty-five-year struggle with renal disease. Elisabeth was preceded in death by her brothers Jeffrey Paul Hacker and Donald Keith Hacker, Jr., as well as her parents, Margaret Leary Hacker and Donald Keith Hacker, Sr. She is survived by her son Jeffrey Keith Hacker, sister Kathleen Hacker Tsichlis, brother-in-law Steven Tsichlis, nephew Christopher, and three nieces Christina, Natalia, and Oksana. A private interment service was held at Sarasota Memorial Park Cemetery with arrangements made by Toale Brothers Funeral Home. Elisabeth, “Betsy” to those who knew and loved her, was born in Springfield, MA, on January 1, 1966. She moved from Longmeadow, MA, to Sarasota, FL, during middle school and was a graduate of Riverview High School, Class of 1984. She worked at Publix for many years and then for the city of Sarasota. Betsy enjoyed cooking, doing genealogy research, and all things New England. She loved cooking, time at the beach, and her dog Lola. Betsy’s most cherished role in life was that of Jeffrey’s mother. Together, they enjoyed fishing, watching television, and generally spending time together throughout his childhood and young adulthood. She took great pride in his athletic and musical gifts, attending games and concerts as often as possible throughout his life. He brought her great joy and was the center of her world. Donations may be made in Elisabeth’s memory to the American Kidney Fund

The family of Elisabeth Sue Hacker created this Life Tributes page to make it easy to share your memories.

Send flowers to the Hacker family.