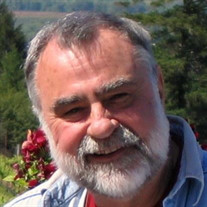 Frank Breuer, 79, passed peacefully November 22, 2021, in the arms of his wife Liz. Frank was born November 12, 1942, in New York City to Frank and Helen Breuer, who preceded him in death. His childhood years were spent in the South Bronx until his family moved to Elmont, New York, where he graduated from Elmont Memorial High School in 1960. He then served in the U.S. Army at Fort Dix, NJ from 1962-1964 as a supply specialist, where he undoubtedly honed his love of negotiating. Frank attended Stoney Brook University for three years after his Army stint but after his student teacher assignment decided teaching wasn’t for him. He worked several years for Volkswagen of America and U.S. Cigar Company but realized he wanted to be his own boss. He never worked for anyone again. Frank was the ultimate entrepreneur who excelled in totally unrelated businesses. He had a sandal shop in Great Neck, N.Y. and then moved into the music business in New York City where he signed a deal with Columbia Records as a record producer and then managed artists in a partnership with a British producer. He traveled as a road manager for the Monkeys. Several of his artists were successful in the music/film business. After burning out from his years in the music business he opened an ethnographic art gallery, specializing in museum quality African art. His interest in African art, which began in 1970 in New York City, became an obsession as he was also the ultimate collector. He was affiliated with an African family from Guinea from 1970 until his death. In 1989 Frank got a call from a friend who asked if he would consider relocating to Florida to open an art gallery on Longboat Key, which he named Missing Link Gallery. He and his first wife decided to spend half of their time in Florida and New York. After arriving he befriended the owner of Mr. Bones Restaurant on Holmes Beach. The owner asked if he’d be interested in taking over the business – Frank always loved cooking, thought owning a restaurant would be fun, and accepted. Several years later he sold the business to friends. Frank then made a move to the Centre Shops of Longboat Key and shortly thereafter got divorced. At his new location he met the future love of his life, Liz, who was his landlord. They had a friendship for six years before he got the nerve to ask her out for a date. Liz was surprised when he asked her to join him for dinner where he announced – “it takes a lot of nerve to ask your landlord for a date!”. From that day in 1996 until his death they were inseparable; they were happily married for almost 25 years. He later moved Missing Link to downtown Sarasota in 2000 where Liz was again his landlord. He retired several years later. Frank was the most engaging storyteller and loved to regale friends and family with talks from his life experiences. Frank possessed so many wonderful qualities – his love for his soulmate Liz, his love for his family and friends, his beloved Devon Rex cats, his vibrancy, his aesthetics, generosity, sense of humor, love of politics, honesty (yes sometimes brutal) and his willingness to help someone in need. Since his passing his friends and family all agree – he was truly one of a kind! After retiring Frank loved traveling with Liz. They spent three months a year in northern California where he further developed his love for wine and entertaining new friends. He also loved his sports teams – the Tampa Bay Buccaneers, Lightning, Rays and The Ohio State Buckeyes (he proposed to Liz after attending an Ohio State football game – they won of course). Frank is survived by his wife, Liz Breuer of Sarasota, his sister Margaret Graham of Tappan, NY, brother-in-law Dennis Reece and his wife Matilde Sutter of Tampa, a niece and two nephews, a great-nephew, along with many dear friends. A celebration of Frank’s life will be held in Sarasota and northern California in the spring of 2022. Memorial donations may be made to the Alzheimer’s Association, Lewy Body Dementia Association or Tidewell Hospice.

Frank Breuer, 79, passed peacefully November 22, 2021, in the arms of his wife Liz. Frank was born November 12, 1942, in New York City to Frank and Helen Breuer, who preceded him in death. His childhood years were spent in the South Bronx... View Obituary & Service Information

The family of Frank Breuer created this Life Tributes page to make it easy to share your memories.

Send flowers to the Breuer family.