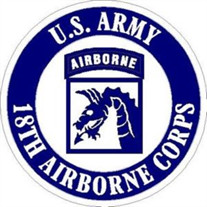 Fred G. Walker of Sarasota went home to be with his Savior and Lord on June 8, 2021. Fred was born in Nederland, Texas on November 19, 1933 and was sent home with his mother (Matha Walker) with little hope of survival offered by attending physicians given he weighed only about three pounds at birth. Needless to say he survived. Fred moved with his family to Lake City, Florida at a young age and went on to graduate from Columbia High School, where he was a football standout. Fred then enlisted in the U.S. Army and became a paratrooper with the 18th Army Airborne Corps. Fred met his wife, Ola Mae White, while traveling from Fort Bragg on a Greyhound bus to visit his family in Lake City, Florida. Fred and Ola were married in 1955 and they remained married until Ola’s death in May of 2015. Fred is survived by his children, Gay (Ron) Hess of Sarasota and Alan Walker (Sue) of Auburn, AL., and grandchildren Kaila (Kevin) Hess, Ronald Hess, Jr., both of Sarasota, Morgan Walker of Chicago, IL., and Matthew and Jackson Walker both of Auburn, AL. Fred is Preceded in death by a sister Ella Mae Parrott of Lake City, Florida., his mother Matha (Gay) Walker, and father James A. Walker. Fred retired from Florida Power and Light after almost 40 years of service. After Fred’s retirement, he and Ola greatly enjoyed spending their summers in Montcalm, West Virginia where their children and grandchildren often met them. Fred and Ola were active members of Grace Baptist church of Sarasota for almost half a century. Fred’s faith was a critically important part of his life and he served in many church roles from grounds keeping to deacon. Fred was an avid outdoorsman and loved to fish, hunt, and camp, as well as work in the yard. He also loved his fireplace and newspaper. He was a devoted husband, father, brother, uncle, and friend to many and was always friendly and had a smile on his face. Public viewing will be at Toale Brothers located at 40 North Orange Ave. in Sarasota on Thursday (6/17) from 6:00 – 8:00 p.m. The funeral service will be the following day at 11:00 a.m. in the chapel at Sunnyside Village, located at 5201 Bahia Vista Street in Sarasota. Interment will follow at Sarasota Memorial Park located at 5833 South Tamiami Trail in Sarasota. Although Fred will be sorely missed by his family and friends, they also know that he is in a much better place, completely whole, and at perfect peace with his Lord and Savior.

Fred G. Walker of Sarasota went home to be with his Savior and Lord on June 8, 2021. Fred was born in Nederland, Texas on November 19, 1933 and was sent home with his mother (Matha Walker) with little hope of survival offered by attending... View Obituary & Service Information

The family of Fred G. Walker created this Life Tributes page to make it easy to share your memories.

Fred G. Walker of Sarasota went home to be with his Savior and...

Send flowers to the Walker family.