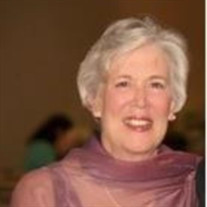 Gail MacLauchlan Petrykanyn Davies, Died at home November 16, 2021. Born in Campbellton, New Brunswick, Canada, March 16, 1940 into a nurturing Scottish-Irish family, Gail believed she had a wonderful life. She had loving parents and relatives, two outstanding husbands, Walter Petrykanyn and Robert Davies, seven stepchildren and two children. They all contributed to the richness of her life. She endured the death of her husband, Walter Petrykanyn of cardiac arrest in 2003 followed by the death of her daughter Ruth of cancer eight months later in 2004. She and Bob Davies suffered the death of Bob’s son Brian in 2016. Gail became a naturalized American citizen in 1995 but proudly maintained her Canadian citizenship and pride of Canada till her death. Her family moved within Eastern Canada with her father’s career as a CNR civil engineer fostering Gail’s love of travel at an early age. She used to take the train, in her early teens, from Campbellton to Saint John NB to visit grandparents. That led to a long-planned and fully-enjoyed almost year-long excursion in Europe immediately after university graduation with three other girls. In 1962 the four girls entered East Berlin through Check-point Charley, six months after the Berlin Wall was erected. In later years she and Bob were tourists on the move to Europe and across Canada and the United States. Gail was educated in Campbellton and graduated in Pharmacy from Dalhousie University, Halifax, Nova Scotia. After her European excursion and a brief interlude in Halifax as a retail pharmacist, she joined Charles E. Frosst & Co in Montreal. Soon thereafter Frosst became part of the American giant Merck & Co and her career took off. Gail was a trail blazer at a time when there were not many trails for women in business. Her career with Merck established many firsts in the Canadian pharmaceutical manufacturing industry and within Merck. She was the first female product manager in the Canadian pharmaceutical industry. It was within Merck she met Walter Petrykanyn, then a widower with four teenage children. They married in 1976, adding two more children to the family and established a life together, moving within Canada and to the United States (mostly near Princeton, NJ) with a five-year experience in Cairo, Egypt, as part of Walter’s career assignment. Gail and Walter moved to Sarasota in 1997 when Walter retired. In 2009, Gail married Robert Davies and began a second happy phase to her life. She and Bob melded the two families into a loving entity. Gail was an active member of The Oaks Club and supporter of the Arts, in particular the Sarasota Ballet and its program for disadvantaged children, Dance Next Generation. She was committed to helping abused and neglected children as a volunteer Guardian ad Litem for eights years. Gail established and funded the Ruth Petrykanyn Leadership award at Acadia University in Wolfville, Canada, in honor of her daughter, who had been a Student Union President when she was a student there. Gail was a traveler, ready at all times for an excursion; and a golfer proud of her five holes-in one. She loved her family. She is mourned by her husband, her son Colin of Fredericton, New Brunswick, Canada, step children, Richard, Lawrence, and John Petrykanyn and Patti Petrykanyn Valentine all of Toronto, Alison Davies Hicks and Meredith Davies Morris and their families, her brother Donald MacLauchlan of Toronto, his wife Phyllis and their family. Gail’s ashes will be part of Selby Gardens. Memorial Donations may be made to Sarasota Ballet, Dance Next Generation, or to Selby Gardens. A memorial service at Church of the Palms will be held to accommodate the necessary travel of her family. "A Celebration of Gail Davies Life will be held in Sarasota on Friday, December 3, 2021. A Memorial service will take place at 2 PM at Church of the Palms and a Reception will follow at The Oaks Club.”

The family of Gail MacLauchlan Petrykanyn Davies created this Life Tributes page to make it easy to share your memories.

Send flowers to the Davies family.