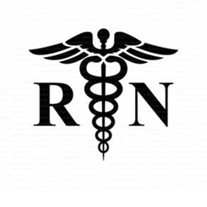 Gertrude (or Trudy as many called her) was born in Joliet, Illinois. She was the youngest of three children (siblings Irene and Victor) of Victor and Gertrude Felix. She attended St. Joe’s Catholic Grade School and graduated from St. Francis Academy in 1957. In high school she met Edward Sienko, her lifelong love. They married in 1959 and enjoyed 58 years together until Ed’s death in 2018. They had four children; Mark, Dana, Scott and Christopher. Always curious and trying to make a better life for herself and her family, she went to nursing school and obtained her RN. She worked at Silver Cross Hospital as well as St. Joes Hospital in Joliet in various departments and specialties, including labor and delivery, surgery and primary care. Those who knew her can recall her love of time spent with family and friends, often playing and competing in fiercely contested but friendly games of canasta, pinochle, euchre, backgammon and most especially her beloved game of Aggravation- moving marbles, accompanied by endless pots of coffee and lively conversation. She and Ed moved to Sarasota in 1993. She continued her career in nursing, forming a team in tandem with Ed, traveling to various patients’ homes to provide home health care. She also enjoyed her job at the Sarasota-Bradenton Airport. After retirement, she continued her hobby and obsession with finding bargains at garage and estate sales, playing slots, socializing at the casino, watching classic old movies and spending many afternoons and evenings at the beach on Siesta Key. She battled Alzheimer’s/Dementia for several years before passing away peacefully in the home she and Ed lived in for over 20 years. She is survived by her four children; Mark, Dana (Blatti), Scott (Debbie Zielinski) and Christopher, seven grandchildren; Jason, Amanda, Jordan, Dexter, Liam, Jacob and Kelly, and one great-grandson, Paxon. She is also survived by her sister, Irene Davidson. Visitation will be held on Friday, May 20 from 6-8pm at Toale Brothers funeral Home- Gulf Gate Chapel, 6903 South Tamiami Trail, Sarasota, FL 34231. Memorial mass will be held at St. Thomas More Church, 2506 Gulf Gate Dr., Sarasota, FL 34231 with mass in the chapel at 9:30am on Saturday, May 21.

Gertrude (or Trudy as many called her) was born in Joliet, Illinois. She was the youngest of three children (siblings Irene and Victor) of Victor and Gertrude Felix. She attended St. Joe&#8217;s Catholic Grade School and graduated from St. Francis... View Obituary & Service Information

The family of Gertrude M. Sienko (nee Felix) created this Life Tributes page to make it easy to share your memories.

Gertrude (or Trudy as many called her) was born in Joliet, Illinois....