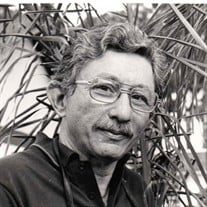 Jack M. Baumring, age 97, died of natural causes at the Anchin Pavilion Retirement Center, Sarasota, on May 26, 2021. He is predeceased by his wife, Maxine; sister, Adrienne Stoun, and brother-in-law, Daniel Stoun. He is survived by his daughter, Diane Baumring, Sarasota; his daughter, Holly Strom, and his son-in-law, Joel Strom, both of Los Angeles; his granddaughter, Natalie Short, and her husband, Michael Short, both of Alexandria, VA; a niece, two nephews, and their families. Jack was born August 21, 1923, in Chicago, to Henry and Anna Baumring. His sister, Adrienne, was born five years later. In the late 1930s, the family moved to Cincinnati, where Jack and Adrienne graduated from Walnut Hills High School. Jack’s education at the University of Cincinnati, where he studied pharmacy, was interrupted by World War II. He enlisted in the Navy and was a pharmacist’s Mate 2nd Class and served from 1943 to 1946. When he was honorably discharged after the war, he earned his pharmacy degree from the University of Cincinnati. He married Maxine Saloshin in 1948 in Cincinnati, where both of his children were born in the 1950s. The family moved to Sarasota in 1959, where Jack eventually obtained a position in retail pharmacy for Eckerd Drugs. He and his wife, Maxine, retired in 1990 and remained in Sarasota. Jack was a talented amateur photographer and long-time volunteer at both the Sarasota County Public Library and Mote Marine Laboratory. Jack and his family were members of Temple Beth Sholom, Sarasota. The funeral service will be on Tuesday, June 1, 2021, at 10:30 a.m., at Toale Brothers Funeral Home, 40 N. Orange Ave., Sarasota. Burial will follow at 12:30 p.m., at the Sarasota National Cemetery, 9810 State Road 72, Sarasota. Those who wish to remember Jack may make a donation in his memory to Mote Marine Laboratory, Sarasota.

Jack M. Baumring, age 97, died of natural causes at the Anchin Pavilion Retirement Center, Sarasota, on May 26, 2021. He is predeceased by his wife, Maxine; sister, Adrienne Stoun, and brother-in-law, Daniel Stoun. He is survived by his... View Obituary & Service Information

The family of Jack M. Baumring created this Life Tributes page to make it easy to share your memories.

Send flowers to the Baumring family.