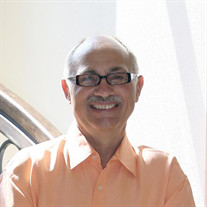 James “Jim” Soda, 73, of Lakewood Ranch, FL, passed away peacefully with his family by his side after a long battle with cancer. Jim was born on September 26, 1948, the only child of James and Sally (Nyre) Soda. Jim spent his youth in Niles, Ohio and graduated from the University of Dayton in 1970. After college, Jim lived in Canfield, Ohio where he started and built a successful trucking company. Jim eventually sold Dart Trucking and moved to Florida in 2001, where he reinvented himself as a realtor with his wife, Donna (Rossi) Soda. They formed a potent team that were consistently in the top 1% of agents nationwide. Jim was loved by many and was commonly referred to as the “Mayor of Lakewood Ranch.” He always had a winning smile and never took a bad picture. On top of being a successful businessman, Jim was an avid golfer with a sweet swing. Even with losing some distance over the years, his scores rarely changed, and he continued to find himself on the course until the very end. In addition to golf, Jim enjoyed many activities over the years, including skiing, snowmobiling, shooting skeet, hunting, boating, and fishing. Jim was also a big sports fan, regularly cheering for hometown teams and creating lasting friendships in the process. Regardless of his location, he always held a special place in his heart for the San Francisco 49ers. While Jim excelled in business and outdoor activities, he spent and enjoyed many of his years with his children and his grandchildren, visiting them in Ohio and Florida, and attending their games and first events whenever he could. He was proud of his children’s accomplishments and was always willing to offer guidance as their own careers blossomed. Jim leaves behind his wife Donna of nearly 29 years. Jim and Donna lived a life of true partnership in both marriage and business. They formed a dynamic team which achieved historic success while sharing a life of mutual love. Donna was always at Jim’s side, especially during his long illness when she lovingly tended to his every need and provided him constant care and comfort. Also surviving Jim are his son James (Nikki) Soda of Jupiter, his daughter Pamela (Christopher) Soda Gray of Ohio, two grandchildren Harper and Elliot, his Aunt JoAnn (Nyre) and Uncle Richard Dunnigan, along with many cousins and friends. All will miss him deeply. Jim was preceded in death by his parents. Friends are welcome to Jim’s memorial service on Friday, February 4, 10:00 AM, at Our Lady of the Angels, 12905 State Road 70 East, Lakewood Ranch, FL 34202. He will rest at Calvary Cemetery in Youngstown, OH. In lieu of flowers, the family requests donations to V Foundation in his memory.

James &#8220;Jim&#8221; Soda, 73, of Lakewood Ranch, FL, passed away peacefully with his family by his side after a long battle with cancer. Jim was born on September 26, 1948, the only child of James and Sally (Nyre) Soda. Jim spent his... View Obituary & Service Information

The family of James "Jim" Soda created this Life Tributes page to make it easy to share your memories.

Send flowers to the Soda family.