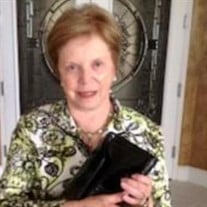 Jan Kahn Coleman, wife, mother, grandmother, aunt, sister, avid animal lover and philanthropist, passed away in the early morning of October 6th, 2020 after a courageous battle with Alzheimer’s. She was 77 years old, and was surrounded by her entire loving family and favorite dog Zindi. Jan was born in Salem, Oregon in 1942. Soon after, her parents, RubyeFriedman Kahn and Max Edward Kahn, moved the family to Atlanta, Georgia where she grew up with her two brothers. Jan married Lawrence Roger Coleman on January 30, 1966 in Atlanta, Georgia. They had three children together, and raised them in Baltimore, Maryland. Jan served multiple terms as the President for the National Council of Jewish Women. After her children were grown, she went back to college to earn her degree as a Social Worker. Jan worked for many years at the Wellness Community in Baltimore to provide social work services for the elderly and sick. She also volunteered to serve as President of her community association. Jan always tried to help others, particularly those less fortunate. Her compassionate, anonymous, quiet approach helped relatives, friends, strangers, and even animals. Amongst her most amazing attributes were her total devotion to family, enthusiasm for life, loving disposition and extreme generosity. Jan leaves behind a family that loved and adored her. She will eternally be missed by so many. She is survived by her husband of 55 years, Lawrence Roger Coleman. Her children, Jerald Lawrence Coleman, Roger Bryan Coleman (Wife:: Lisa King Coleman) and Lisa Coleman Frank (Husband:: Brooke Lawrence Frank). As well as her grandchildren Cole Lawrence Frank, Madison Ryan Frank and Grace Emma Coleman. She was predeceased by her brother and sister in law, Jerry and Gail Kahn. In lieu of flowers, the Coleman’s request a donation to Alzheimer’s Research in Jan’s name. To: 2215 Gateway Center Dr., PO Box 1950,Clarksburg, MD 20871.

Jan Kahn Coleman, wife, mother, grandmother, aunt, sister, avid animal lover and philanthropist, passed away in the early morning of October 6th, 2020 after a courageous battle with Alzheimer&#8217;s. She was 77 years old, and was surrounded... View Obituary & Service Information

The family of Jan Kahn Coleman created this Life Tributes page to make it easy to share your memories.

Send flowers to the Coleman family.