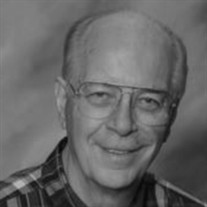 John M. Lineweaver Sr, 87, peacefully left this world on Sunday November 8th to reunite with his beloved wife, Sandra, who passed away in January. After over 55 years of marriage, John simply didn’t want to live in a world where he couldn’t be with Sandra. The son of Jane Springer of Sarasota, FL, John was raised by and later took the name of his stepfather, Colonel John Yancy Lineweaver. He attended military school in San Juan, Puerto Rico and Sarasota High School. John earned a B.S. degree from Virginia Polytechnic Institute while serving in the Army Reserve Officers Training Corps (AROTC) and a M.A. from New York University, both degrees in Industrial Engineering. Following a long family history of military service, John was commissioned as a Lieutenant in the United States Army and served in the Army Corp of Engineers. He also worked for Westinghouse in New York before meeting Sandra and permanently returning to Sarasota. While raising his family, John worked in the insurance and financial industry. John was the head of a boisterous family that included his beautiful wife, Sandra, and their children Kelly, John Jr, Bill and Kay Lineweaver. His family has continued to grow to include his daughter-in-law, Delphine, and 6 grandchildren: Jonathan, Matthieu, Emilie and Sean Lineweaver; and Dylan and Tyler Rasmussen. He also leaves behind his sister-in-law Carol Sears and two nieces, Ashley Dement and Susie Anderson. A memorial service will be held at the Church of the Redeemer on Saturday, November 28th at 2:00 pm. The family requests that masks be worn at the service. In lieu of flowers, memorial contributions may be made to the Church of the Redeemer, 222 S. Palm Ave, Sarasota, FL 34236.

John M. Lineweaver Sr, 87, peacefully left this world on Sunday November 8th to reunite with his beloved wife, Sandra, who passed away in January. After over 55 years of marriage, John simply didn&#8217;t want to live in a world where he couldn&#8217;t... View Obituary & Service Information

The family of John M. Lineweaver, Sr. created this Life Tributes page to make it easy to share your memories.

Send flowers to the Lineweaver, family.