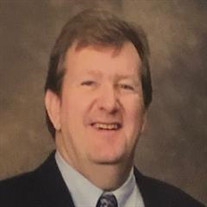 Joseph Sidney “Joe” Savary, II, of Sarasota unexpectedly passed away of heart failure on August 3, 2020. He was 65. Joe was born in Gainesville, Florida. He lived in Inverness and Ft. Myers with his family prior to them settling in Sarasota. Joe graduated from Sarasota High School where he was a stand-out punter and place kicker on the Sarasota High School football team. Following high school, he attended the University of Florida and was a member of the Delta Tau Delta Fraternity. Joe transferred to Maryville College in Maryville, TN where he continued his football career and graduated with a business degree. Subsequently, he earned his Master of Science at Georgia Southern College. During his career, he worked at NCR in Dayton, OH and Savannah, GA, Georgia Southern College in Statesboro, GA, and in the hotel industry in Daytona Beach, FL. Joe loved sports and fitness. He was a great all-around athlete enjoying football, golf and softball. He was a devoted University of Florida Gators’ fan and enjoyed discussing Gator stats and highlights from almost any game, recent or past. He was a caring uncle to his nieces and nephews whom he loved dearly. Joe was always up for a swim with them, playing board games, taking them to Build a Bear – where his nieces always talked him into opening his wallet just a bit wider - and teaching them to drive. He reached out to them and offered many encouraging words as they navigated through high school and college. Joe was known for his clever puns and quick wit and was a master at trivia. He was an avid reader and enjoyed sharing his latest books with others. Joe will be missed very much and was loved by many. Joe is survived by his mother, Mary Tarr Savary, his brother, Johnson Sidney “John” Savary, Jr. (Sara), his sisters, Mary Beth Savary Taylor (Bob), Laura Savary Rees (Brett) and his nieces and nephews, Emily Savary Mullan (Chris), Russell Savary, Lilly Savary, Hayley Gordon, Kate Taylor, Lauren Taylor, Matt Taylor (Teri), Jordon Taylor Miller (Chris), Jack Rees, Sydney Rees and Alyson Rees. Joe is also survived by four grand nephews, James Mullan, Max Mullan, Preston Miller and Landon Taylor. He was predeceased by his father, Johnson Sidney “Buddy” Savary. Due to COVID-19, a memorial service will be held at a later date. In lieu of flowers, contributions can be made to the Savary and Stem Baseball Scholarship at the University of Florida Foundation, 1938 W. University Avenue, Gainesville, FL 32603 or the Pines of Sarasota Foundation, 1501 N. Orange Avenue, Sarasota, FL 34236. Toale Brothers funeral home is handling arrangements.

Joseph Sidney &#8220;Joe&#8221; Savary, II, of Sarasota unexpectedly passed away of heart failure on August 3, 2020. He was 65. Joe was born in Gainesville, Florida. He lived in Inverness and Ft. Myers with his family prior to them settling... View Obituary & Service Information

The family of Joseph Sidney “Joe” Savary II created this Life Tributes page to make it easy to share your memories.

Send flowers to the Savary family.