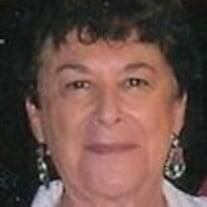 Joyce Beverly (Schneider) Weisman, loving wife, mother and grandmother, died peacefully in her sleep on August 9, 2021, after a long and courageous battle against the ravages of dementia. Joyce was born in Boston, Massachusetts on October 4, 1938, the daughter of Henry and Helen (Paretsky) Schneider. She is survived by her devoted and loving husband, of sixty years, Maurice (Mike) and sons Adam (Carolyn) and Erik (Faith Kasparian) and grandchildren, Jonathan, Rachel, Frank and Ethan. She was predeceased by her parents and her brother Joseph. Joyce had a warm and engaging personality and a love of literature and classical music. Joyce attended The New England Conservatory of Music, Russell Sage College in Troy, New York and was graduated with a BS degree in Social Sciences from Boston University. Joyce and Mike met on April 30, 1960. Three weeks later, Joyce asked her mother to start making plans for a wedding on May 14, of the following year. …Joyce and Mike were married on May 14, 1961. They initially lived in Waltham before moving to Norwood where they were blessed with the arrival of their 2 sons, Adam and Erik. In Norwood, Joyce became active in several social activity groups and as a librarian in the Norwood public school system. In 1973, the family moved to Longmeadow, Mass. Where Joyce became very much involved in local activities. She founded, organized and coordinated a book group which continues to this day. She organized the “Music Goes to School” program in the Longmeadow School System which gave Elementary School children an opportunity to be exposed to classical, nationalistic, folk and dixieland music over a three year period and, as a member of the Docent Council of The Springfield Museum of Fine Arts, Joyce conducted tours given for school age children, Grades K-12. In 2000, after Mike retired, they moved to Sarasota and very much enjoyed the wonderful cultural offerings that the area has to offer: opera, symphony, theater, museums, etc. Among her many interests were needlework, macrame, vestamayd, literature, music, arts, dancing and friendships. Services will be held at a later date. Friend may make donations in her memory to a charity of choice.

Joyce Beverly (Schneider) Weisman, loving wife, mother and grandmother, died peacefully in her sleep on August 9, 2021, after a long and courageous battle against the ravages of dementia. Joyce was born in Boston, Massachusetts on October 4,... View Obituary & Service Information

The family of Joyce Beverly (Schneider) Weisman created this Life Tributes page to make it easy to share your memories.

Send flowers to the Weisman family.