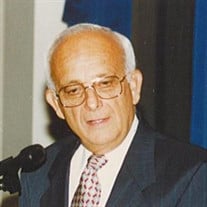 Kenneth E. Boucher, beloved husband, father, grandfather, and retired airline executive passed away peacefully on February 23rd, at the age of 90, surrounded by his loving family. He was a devout Christian and applied it to all aspects of his life. Kenneth was born in Madison, Wisconsin to the late Glenn Nelson Boucher and the late Victoria Bacco Boucher. As a devoted and loving husband of 67 years to his bride, he is survived by Barbara Nelson Boucher formerly of Spread Eagle, Wisconsin, three daughters: Shanna Matteo (Scott) of Tallahassee, Florida; Sandra Bessent (Paul) of Kannapolis, NC; and Sally Sunday of Edmond, Oklahoma. He is also survived by five grandchildren: Mckenzie Hampton of Carthage, NC; Bethany (Damone) Ross of Cameron, NC; Paul Sunday of Tulsa, OK; Dewey Sunday of Tulsa, OK; and Samuel Matteo of Tallahassee, Florida. He dearly loved his family and enjoyed spending time with his three children, five grandchildren, and five great-grandchildren. Mr. Boucher graduated from Ponce de Leon High School in Coral Gables, Florida and attended the University of Miami. After serving 2 years in the United States Army Infantry, Mr. Boucher worked for more than 38 years in the travel industry with expertise in tourism development and airline management. He began his career in 1955 as a Customer Service Representative with Eastern Airlines. He joined Delta Airlines in 1963 and worked 28 years to become a worldwide manager of multiple departments including Travel Industry Marketing, Travel Agency Marketing, and Package Vacation Marketing. He developed creative marketing techniques and innovative marketing strategies to expand vacation products and discretionary passenger sales during Delta Air Lines most vigorous period of growth and worldwide expansion. He served Delta Air Lines in Atlanta, GA, Milwaukee, WI, Chicago, IL, and Sarasota, Florida. In addition, he developed and opened Delta's flight service to Greensboro, High Point, and Winston-Salem, North Carolina as well as the Tulsa and Oklahoma City, Oklahoma markets. Upon his retirement, he continued to provide his travel industry knowledge and expertise as a Volunteer Executive with the International Executive Service Corps in Africa, Armenia, and Russia. He served his church as a Presbyterian Elder and tirelessly served on the Board of Directors for the Delta Air Lines Retiree Community (DALRC). He was actively involved and held leadership positions in many other volunteer roles, including the Jaycees, various Chambers of Commerces, and Rotary International. Mr. Boucher was an avid car enthusiast, Nascar fan, and world traveler. He lived and loved people and life passionately as he approached every endeavor with energy and enthusiasm. People were naturally drawn to Kenneth due to his meticulous style and exceptional organizational skills coupled with his dry sense of humor and genuine love for people. A Memorial service and celebration of Mr. Boucher's life will be held Friday, June 17th, 2022 at 11:00 am at Toale Brothers Funeral Home - Colonial Chapel, 40 North Orange Avenue Sarasota, Florida 34236.

Kenneth E. Boucher, beloved husband, father, grandfather, and retired airline executive passed away peacefully on February 23rd, at the age of 90, surrounded by his loving family. He was a devout Christian and applied it to all aspects of his... View Obituary & Service Information

The family of Kenneth E. Boucher created this Life Tributes page to make it easy to share your memories.

Send flowers to the Boucher family.