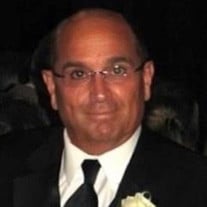 Kenneth George Rimmer, age 73, of Sarasota, Florida, was born to George and Eunice Rimmer in Detroit, Michigan. Ken was a graduate of St. Cecilia’s School and received his business degree from Eastern Michigan University in Ypsilanti, Michigan. Industrious by nature, Ken’s career spanned six decades. In his youth, Ken enjoyed working at Twin Pines Dairy alongside his father delivering milk. At the age of fourteen, he was awarded the key to the City of Detroit and named “Detroit Free Press Paper Boy of the Year.” After receiving his undergraduate degree, Ken had a successful and rewarding professional career beginning at the University of Michigan to IBM and culminating at Total Health Care Inc., where he worked with his dear friend and business partner, Dr. Robyn Arrington Jr., who recently predeceased him. Ken was an avid golfer and fierce racquetball player. He loved watching the Detroit Tigers and Lions. He was a member of the Church of the Redeemer in Sarasota, Florida. Ken also loved spending time with many dear friends including longtime friends the Earls, the Holtzes and the Sinutkos, as well as numerous colleagues. He especially enjoyed sharing a delicious meal prepared by good friend Ivo Scafa, and afterwards sitting out on the back porch talking and “trying to solve all the world’s problems”—as Ken would fondly describe these get-togethers. Ken’s generosity knew no bounds; he helped others and his church without hesitation and willingly agreed to share his business acumen to those who sought out his advice. He has earned his final rest, departing this life on May 10, 2020 at Sarasota Memorial Hospital. He was deeply loved and will be missed immensely. Ken is survived by his loving wife of 35 years, Gretchen Lenhardt Rimmer, and daughters, Kelly Dehn (Dennis) and Laura Lambert; his grandchildren, Elle Lambert, Ava Dehn and Mason Dehn; his sister, Diane Poupore (Mike), his sisters-in-law, Barb Rimmer (Jerry), Kathy Lenhardt, Gayle Thompson (Adam), and Lisa Lambert (Paul); his mother-in-law, Elizabeth Lambert; his nieces and nephews, Robert Rimmer (Cindy), Lisa Fitterer (Gary), Barbie Rausch (Christopher), Michelle Malinowski, and Michael Poupore (Chrystal); his loyal Chihuahua companions Daisy, Mia, Cora and Coco; and his numerous cousins, friends, and colleagues. Ken is predeceased by his parents and his older brother, Jerry Rimmer. In lieu of flowers, please donate to a charity of your choice in Ken’s honor. Ken’s family will have a small, private service at home.

Kenneth George Rimmer, age 73, of Sarasota, Florida, was born to George and Eunice Rimmer in Detroit, Michigan. Ken was a graduate of St. Cecilia&#8217;s School and received his business degree from Eastern Michigan University in Ypsilanti,... View Obituary & Service Information

The family of Kenneth George Rimmer created this Life Tributes page to make it easy to share your memories.

Send flowers to the Rimmer family.