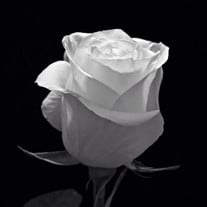 Linda Wertz Swisher, 78, entered into eternal life on August 19, 2021. A resident of Siesta Key since 1978, she was a mother, grandmother, friend, nurse, author, and educator. Born in Springfield, Ohio on May 5, 1943, Linda moved to Sarasota in 1971 with her husband and two children. She was a nurse at SMH, taught nursing at Sarasota County Vocational-Technical Center, eventually becoming a department chairperson. She served as the program director of Health and Fire Science at Sarasota County Technical Institute. Linda was an author of anatomy and physiology textbooks and online curriculum for Mosby/Elsevier Science Publishers. She served as a national advanced trauma life support educator for the American College of Surgeons, where she taught ATLS to emergency room physicians and trauma surgeons throughout the United States. When she accepted the appointment, she was one of only twelve instructors nationally qualified. She received her registered nurse diploma from Good Samaritan School of Nursing. Linda received her Bachelor of Arts in Education from the University of South Florida, where she graduated magna cum laude. In 1980, she received her Master of Arts degree in Education from USF; and in 1995 she received her Doctor of Education degree from Nova Southeastern University. She was appointed by Florida Governor Jeb Bush as a member of his Emergency Medical Services Advisory Council. In 1999, she was the Florida Association of EMS Educators Program Director of the Year. She also was elected as a commissioner for the national Accrediting Bureau of Health Education Schools in Washington, D.C. No list of accomplishments can do justice to Linda and the positive impact she had on those who knew her. In addition to her keen intelligence, absolute integrity, a charismatic personality, and sense of humor, she was selfless in her devotion to her family and friends; they were always at the center of her life. Linda's three grandchildren, Heather, Maddie, and Billy meant the world to her. She was preceded in death by her parents, Betty and Arthur Wertz; her sister Penny Wiedeke; and her husband, Bill Shearer. She is survived by her son, Sam Swisher, Jr.; her daughter, Amanda Veigh; three grandchildren, Heather Swisher, Maddie Fortner, and Billy Fortner; and her many wonderful friends, all of whom enriched her life so monumentally as she did theirs. Donations in Linda's memory can be made to All Faiths Food Bank, 8171 Blaikie Ct., Sarasota, FL 34240, or Cat Depot, 2542 17th St., Sarasota, FL 34234. A memorial service will be held at a later date.

Linda Wertz Swisher, 78, entered into eternal life on August 19, 2021. A resident of Siesta Key since 1978, she was a mother, grandmother, friend, nurse, author, and educator. Born in Springfield, Ohio on May 5, 1943, Linda moved to Sarasota... View Obituary & Service Information

The family of Linda Wertz Swisher created this Life Tributes page to make it easy to share your memories.

Send flowers to the Swisher family.