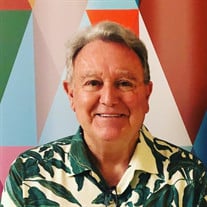 It is with profound sadness that the family of Lord Robert John Franklin announce his passing on the morning of December 4th, 2021. Bob was the eldest son of Robert Joseph and Catherine Anna Franklin (nee Fallon) born April 29, 1948, in Brooklyn, NY. Robert and Catherine went on to raise their 4 children (Robert John, John Richard, Douglas, Kathleen Mary) in Brooklyn and Queens, NY. Bob attended St. Paul’s Catholic School, Brooklyn, NY as a child where he served as an alter boy for several years. During these adolescent years, Bob worked as a paperboy 7 days a week, earning his own money starting at the age of 11 years old. Bob later went on to graduate 1 year early from Andrew Jackson High School, Queens, NY in 1965. After high school Bob was drafted into the United States Marine Corps and served as a Lance Corporal which included one tour of duty in Vietnam (1968-1969). After his Honorable Discharge from the Marine Corp, Bob returned to NY and worked as a waiter at the Maidstone Country Club in East Hampton, NY where he served the likes of Mr. & Mrs. Chase. Bob told endless tales of his antics while working there which included accidentally (on purpose) breaking crème brûlées, borrowing lobsters from the kitchen, and swimming in the pool after hours with his beloved German Shepherd, Simba. Bob became a Trainman on the Long Island Railroad in 1971 and was later promoted to Conductor where he served 29 years before retiring in 2000. It was while working on the train those first few years where he met his wife of 46 years, Lady Susan Anne Franklin. Bob married Susan on September 20, 1975 in Bay Shore, NY. The couple moved to Bay Shore, NY in 1985 where they raised their two highly successful children, Kevin Thomas and Kathryn Melinda. Once their children went off to college, Bob and Susan semi-retired to Westhampton, NY in 1999 before finally settling into retirement in New Port Richey, FL in 2010 and later Bradenton, FL in 2017. Bob is survived by his wife, Lady Susan A. Franklin of Bradenton, FL, his son Kevin Franklin of Cumberland, RI, his daughter Katie Franklin of San Francisco, CA, his daughter-in-law Adrienne Franklin of Cumberland, RI, his brother Douglas Franklin of The Villages, FL, his sister Kathleen Long of Las Vegas, NV, his niece Raegon Franklin of St. Augustine, FL, and his grand fur baby, Piper Marie Franklin, who affectionately referred to him as Grumpa. Bob was preceded in death by his brother John Richard Franklin. Bob was a true gentleman, he leaves behind a legacy of kindness, warmth, compassion, and unbridled humor who touched countless lives during his 73 years. He made friends wherever he went, leaving a lasting impression and will be sorely missed by many, most profoundly by his family. Bob Franklin will be laid to rest on Wednesday, December 22nd at 2pm in a private family ceremony at the Sarasota National Cemetery in Sarasota, FL. These services will also be live streamed for those that wish to attend virtually (http://moonbeamvideocasting.com/mblivestream4). Following the service, there will be a celebration of Bob’s life and legacy with close family and friends. In lieu of flowers, donations may be made in Robert Franklin’s name to the Disabled American Veterans (which provides a lifetime of support for veterans of all generations and their families in positive, life-changing ways. Their website: https://www.ihelpveterans.org) or a charity of your choice. Rest in peace, Daddles. We’ll see you again soon, but not too soon :-)

It is with profound sadness that the family of Lord Robert John Franklin announce his passing on the morning of December 4th, 2021. Bob was the eldest son of Robert Joseph and Catherine Anna Franklin (nee Fallon) born April 29, 1948, in Brooklyn,... View Obituary & Service Information

The family of Lord Robert John Franklin created this Life Tributes page to make it easy to share your memories.

It is with profound sadness that the family of Lord Robert John...

Send flowers to the Franklin family.