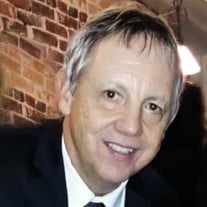 Mark Craig Brown, 68, of Venice, Florida and 35 years in Sarasota died peacefully on Tuesday, September 28, 2021 at Venice Regional Hospital with his family by his side. He was born October 29, 1952 in Raytown, Missouri. He is predeceased by his father, Eugene Brown, his mother, Maxine Dewey and his brother Kevin Dewey (Tammy). He is survived by his ex-wife and friend J. Wilma Brown. They shared three children, Shelly Renner, (Nathan) Jeremy Brown, and Brandon Brown (Lauren). He leaves three grandchildren, Hunter Renner, Hannah Renner and Hallie Renner. He also leaves behind one brother David Dewey (Sandy) from Carrollton, Missouri. Survivors also include nephews, nieces, cousins, not to mention numerous loving friends. He grew up in Raytown, Missouri where he attended parochial school at Our Lady Of Lourdes Catholic School. He attended four years at Kansas University (Rock Chalk, Jayhawk), where he earned a Bachelors degree. He participated as a yell leader performing acrobatics on the court. He then pursued an education at Johns Hopkins, where he earned a two year degree as a Physician's Assistant. In 1977-80 he worked several years in pediatrics and as a general practitioner in Longmont, Colorado. Mark moved his family to Sarasota in 1987 where he began his final career as a Financial Investor. He later moved to Venice, Florida where he began his retirement enjoying the beach life and the sunsets. A Private Celebration of Life will be held for immediate family in mid-October. In Lieu of flowers, please consider a donation to the Crohn's & Colitis Foundation or Tidewell Hospice of Southwest Florida. Many Thanks to the Nurses on 3rd floor North and Doctors at Venice Regional Hospital for their compassion and caring for Mark and the family.

Mark Craig Brown, 68, of Venice, Florida and 35 years in Sarasota died peacefully on Tuesday, September 28, 2021 at Venice Regional Hospital with his family by his side. He was born October 29, 1952 in Raytown, Missouri. He is predeceased... View Obituary & Service Information

The family of Mark C. Brown created this Life Tributes page to make it easy to share your memories.