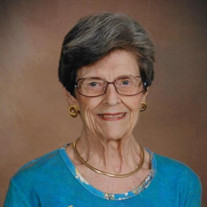 Martha Suzanne Maxwell (Sue), age 92, of Sarasota, Florida, died peacefully on April 9, 2021, at Bay Village of Sarasota. She was born June 2, 1928, in Connersville, Indiana, to the late James R. and Mary Agnes (Elliott) Carter. She moved from Connersville to Dayton, Ohio in 1942, and was a 1950 graduate of Miami University, Oxford, Ohio. After graduation, she was an executive secretary for the Frigidaire Appliance Company in Dayton for over 20 years. She moved to Sarasota in 2000. On October 30, 1965, Sue married the late Gilbert G. Fay of Dayton, and they were married for 15 years. She is survived by his daughter, Carol Bernhardt (Frank), their children Ken (Lori) and Elizabeth, and two step-grandchildren, all of Cincinnati. On February 7, 1981, she married the late John B. Maxwell of Dayton, and they were married for 18 years. She is survived by his children, Jack Maxwell (Vola) and Johnnetta Mumma (Rick), both of Dayton, Ohio, and by several step-grandchildren and step-great grandchildren. Sue is also survived by her niece, Vicki Hempleman-Liggett (Bill) of South Bend, Indiana, and their children, Billy and Ryan. In addition to her parents, Sue was preceded in death by her sister, Kathryn Hempleman, brother-in-law, Jordan Hempleman, and nephew James Hempleman (Sandee). Sue was a long-time member of Siesta Key Chapel in Sarasota. Due to COVID restrictions, there will be no services. Interment will be in Connersville, Indiana at a later date. Local arrangements are being handled by Toale Brothers Funeral Home and Crematory. Memorial contributions may be made to Siesta Key Chapel, 4615 Gleason Ave., Sarasota, Fl 34242. www.siestakeychapel.org.

The family of Martha Suzanne Maxwell created this Life Tributes page to make it easy to share your memories.

Send flowers to the Maxwell family.