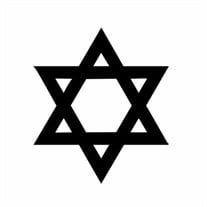 Martin Louis Paris - Obituary Martin Louis Paris passed away peacefully, on July 8, 2021, at the age of 86, after a lengthy illness. Marty was a loving husband, father and grandfather who always put family first. Marty was born October 23, 1934, in Brooklyn, NY to Saul and Ida Paris. He had a sister, Joyce, who passed away several years ago. Marty spent his childhood among family and lifelong friends in Brooklyn. He moved to Los Angeles in the 1950’s to attend Santa Monica State College. While in California, he would make many friends who he remained in close touch with over the years. After college, he returned to New York, where he served in the U.S. Navy Reserves for two years – he was a very proud patriot and felt honored to serve his country. Marty married his sweetheart, Saundra, in 1958. Their son, David was born in New York City, in 1961. Soon thereafter, they moved to New Jersey, where Daughter Pamela followed in 1965. The family continued to live in NJ for many years, and over those years, Marty proudly worked as a salesman for Osh Kosh B’Gosh Clothing. Upon retirement, Marty and Sandy relocated to Sarasota, FL in 2000, where they remained until his passing. Never one to sit around, Marty only remained retired for one year, after which he was employed by The Gettel Group until 2021. He and Sandy also worked as ushers at New York Yankees Spring Training Games in Tampa, for a dozen years. Working for the Yankees was his dream job, as he was a lifelong Yankees fanatic! He was also a dedicated New York Giants and Alabama Crimson Tide fan. Nothing made Marty happier than spending time with his 7 grandchildren! Lee, Matthew, Alyssa, Monica, Brett, Brittany and Evan were all that he ever talked about, and he took incredible pride in the accomplishments of each of them. Marty leaves behind wife Sandy of 63 yrs, Son David (Randi), Daughter Pamela (Elliot) and 7 wonderful grandchildren. He will be sorely missed by all. But he will be remembered for his energetic personality and his unending sense of humor – we all know that he is already telling jokes up above! Funeral will be held Wednesday, July 14, 2021, to begin promptly at 11:00AM at the Sarasota National Cemetery, Sarasota, FL. The family requests attendance for Shivah, to be held at the family home, on Weds-Friday, July 14-16th at 7PM. The family requests that donations be directed to either the Aplastic Anemia and MDS International Foundation (aamds.org) or to Tidewell Hospice, Philanthropy Department, 5955 Rand Blvd., Sarasota, FL 34238.

The family of Martin Louis Paris created this Life Tributes page to make it easy to share your memories.

Send flowers to the Paris family.