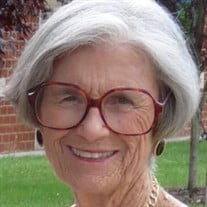 Mary R. Baisley, 79, died on July 5, 2020 in Sarasota, Florida. A loving and devoted wife, mother, grandmother (aka”Ga”), sister, aunt, friend, avid shopper, party planner, hostess to all and connoisseur of gummy bears and Diet Coke, Mary R. Baisley was many things to many people, but to all she was selfless in the giving of herself to others. If you ask anyone who knew her, they would say she was the most reliable, dependable and honest person. She would have given the shirt off her back if it meant helping everyone and everything from Military Veterans, the Catholic Church, whales, baby donkeys, kittens and puppies. Mary was born in Paterson, New Jersey in 1940, to the late Robert E. and Emilia M. (Lopez) Rafferty. Mary is preceded in death by her husband, Thomas R. Baisley, retired Lt. Col., USMC. She is survived by her two daughters, Katherine M. Whitney (Paul) and Kelly A. Jenkins (Allen); her sister, Alice M. Bender; and her six grandchildren, Will, Tommy, Katy, Maddie, Charlie and Patrick. While born in New Jersey, Mary was raised in New Rochelle, New York. After a thorough Catholic education attending Blessed Sacrament School, The Ursuline School and New Rochelle College, it was in New Rochelle where her true love affair began. In December of 1960, Tom and Mary were married, after having known each other much of their childhood. Married to Tom, her life could never be described as uneventful, having supported his 21-year career as a United States Marine with both domestic and overseas deployments, becoming a mother of twin daughters and his post-military career working for Exxon, which prompted a family move to Colombia, South America where she worked as a math teacher. Surviving everything from a robbery at gunpoint to a heart attack, Mary lived as she died, always on the go, with fortitude, tenacity and courage. Mary, the self proclaimed “fair miss frigidaire”, was a devout Catholic with a strong faith in God, and prayed the rosary as she walked up to ten miles a day (no joke). She was also a “regular” at Our Lady of Mount Carmel Church in Osprey, Florida. While she lived a full and happy life, she dearly missed her late husband and our hero, Tom, the “man who made it all possible”, but channeled that energy by showering her family and friends with her time, guidance and helpful (sometimes candid) words of advice and gifts (aka “Ga mail”). When it came to helpful advice, most would agree that when Mary had an opinion you generally knew it, and it was rarely sugar-coated. Needless to say, Mary R. Baisley’s passing leaves a hole in the hearts of everyone that she touched that will never be filled. She always said that God does not give you anything that He thinks you cannot handle. Well, God must be thinking we are superheroes this time, because her legacy speaks for itself. Rest in peace and LOL (i.e. her kind, meaning “Lots of Love”). While we will miss you and love you forever, we are comforted knowing that you are now united with your one true love in Heaven. A Funeral Mass celebrating Mary’s life will be held on Tuesday, July 14, 2020 at 10 a.m. at Our Lady of Mount Carmel Church in Osprey, Florida, and she will be laid to rest with her late husband at Sarasota National Cemetery. Flowers will be received at the church. In lieu of flowers, donations can be made to the Marine Corps Heritage Foundation, Our Lady of Mount Carmel Church, Autism Speaks or any animal rescue group of your choosing (yes, she supported them all!).

The family of Mary R. Baisley created this Life Tributes page to make it easy to share your memories.

Send flowers to the Baisley family.