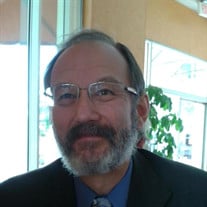 Dr. Michael John Ropele, passed away in the ICU at Lakewood Ranch Medical Center, Lakewood Ranch Florida on Friday, October 8 2021 following a 7 week struggle, caused by the damaging effects of Covid 19. He fought courageously to the end before the Lord took him home to rest eternally in His kingdom. Doc was born in Munich Germany in 1955. His father was a Master sergeant in the US army during world war ll, who was posted back to Germany where he met Mike's mother Gerda. They married whilst he was stationed there and prior to the end of his father's tour Michael was born. Michael was raised in Pennsylvania in a small town outside of the Pittsburgh area. During the last years of the Vietnam war he was drafted into the US Army, where he trained and became a member of the elite 5th Special Forces Group (Airborne) aka Green Berets. During his time in Vietnam and south east Asia he was awarded the Silver Star, the third highest military decoration for valor in combat and gallantry in action. He also received two Bronze Stars and two Purple Hearts. After testing through the army he was offered an opportunity to attend West Point, but as a very young man made a decision to choose a different path. He worked and went to school and eventually transferred to Duquesne University. He applied to medical school and chose to attend the Osteopathic College of Medicine in Iowa. Doc met his wife, Kathie, while doing clinical rotations as a fourth year medical student at Henry Ford Hospital in Detroit, Michigan where she was a nurse. They were dedicated to one another and had a very happy married life for almost 34 years. Following medical school Michael first did an Osteopathic year rotating internship in Missouri and was accepted into the Internal Medicine program at the prestigious Cleveland Clinic Foundation in Cleveland. Double boarded in both Internal Medicine and Emergency Medicine, he was later employed at University Hospitals of Cleveland as an Associate Clinical Professor in the Emergency department and faculty member of the School of Medicine at Case Western University Cleveland Ohio. He did return to the Cleveland Clinic for some years, prior to making his new home with his wife and dogs in Florida. Doc was a brilliantly gifted and well respected Emergency Medicine Physician, who has practiced at various locations in Florida since moving here. He has worked at St. Joseph's Hospital in Tampa,Northside Hospital, as well as incorporating hours at the Veterans Administration Hospital in St. Pete's FL. He worked for several years at Physicians Regional Healthcare System in Naples Florida and more recently with the Brandon Regional Hospital system. Doc loved the outdoors, whether it was white water rafting, kayaking, or trail walking, he had an inner sense and appreciation for the beauty of nature. He loved all animals, especially his dogs, and was a strict vegan. He was an avid gardener, and he loved many types of music. His children and their friends thought he was a pretty cool guy, when they were growing up, as he seemed to always know all about the groups and bands they followed. Yes, he loved music but would be the first to joke and tell you that he could not carry a note himself. He particularly found much pleasure in classical music and spent endless hours listening to his favorite pieces at every opportunity that he had. Dr Ropele leaves behind his beloved wife Kathleen; dearly loved children Ianthe,(John) Nina, Kate (Mike); Six grandchildren Jaime, Jenna, Jordan, Olivia, Aidan and Liam; and three great grand children Jack, Braxten and Ruairi. He was predeceased by his parents John William Ropele and Gerda Ropele(Goretski) He has a younger living sister Ramona. Doc will be greatly missed by all whose lives he ever touched and influenced, throughout his life. He was a kind and compassionate man with a dry sense of humor and wit. He gave his earthly life in devout service to his country throughout, and has returned home to his beloved savior to rest in peace until we are reunited once again. Viewing/ Wake: Thursday, October 14, 2021 5-7 p.m., at Toale Brothers Funeral Home, Colonial Chapel, 40 N. Orange Ave, Sarasota, FL 34236. Funeral and interment arrangements: Friday, October 15, 2021 Church of the Redeemer, 222 S. Palm Avenue, Sarasota Florida 34236 REQUIEM MASS 11:30 a.m. Officiant Father Chris. Interment to follow, with military honor, At Venice Memorial Gardens, Center Road, Venice Florida *Funeral home requests any floral arrangements be delivered by morning, or early afternoon, prior to showing on Thursday, October 14, 2021*

The family of Dr. Michael John Ropele created this Life Tributes page to make it easy to share your memories.

Dr. Michael John Ropele, passed away in the ICU at Lakewood Ranch...

Send flowers to the Ropele family.