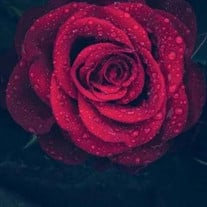 Nora Szonntagh, of Sarasota, FL, formerly of Philadelphia, PA, passed away peacefully on March 4, 2021 at Brookdale Deer Creek Senior Living Facility. She was the wife of the late Dr. Eugene Szonntagh. Born in Nyiregyhaza, Hungary, Nora was the daughter of the late Edith and Dr. Dezso Jenser. During the Second World War, due to the loss of Hungarian territory to Romania her family lost their home in Rakamaz and moved to Nagykaroly. Eventually they were repatriated to Hungary and returned to Nyiregyhaza. From there she moved to Budapest, working for the Hungarian Rail System, MAV, where she met Eugene. They were married shortly after. The post war Russian Occupation of Hungary led to the eventual Hungarian revolution of 1956, during which Nora and Eugene, in their late twenties, fled Hungary in December of 1956 arriving in New York, and eventually settling down in Philadelphia. Music was an important part of Nora’s life; she would spend countless hours listening to both opera and classical music. While living in Philadelphia Nora channeled her love of music into teaching piano for many years. After moving to Florida, she cultivated a green thumb. She spent many hours planting and tending her gardens which gave her much joy. She often said that gardening brought back memories of her childhood home. Nora was a loving wife, mother, and grandmother. Being an avid reader, she was always happy to read bedtime stories to her grandchildren and would often act out the characters in the story. She was an excellent cook and baker and enjoyed hosting many dinner parties for family and friends. Nora is survived by: her brother, Gyorgy Jenser and wife Klara of Budapest, Hungary; her sons: Dezso Szonntagh, his wife Gina of Thousand Oaks, CA, Thomas Szonntag, his wife Julianna, of Kennett Square, PA; grandchildren Erika Szonntag, Andrew Szonntag, and Tiffany Szonntagh. A funeral service will be held on Sunday June 6th at 2:00 p.m. in the Pine Shores Presbyterian Church, 6135 Beechwood Ave, Sarasota, FL in collaboration with the (Hungarian) Kossuth Club of Sarasota.

The family of Nora Szonntagh created this Life Tributes page to make it easy to share your memories.

Send flowers to the Szonntagh family.