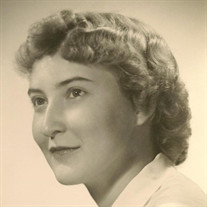 Patricia Merrill, 92, died on February 17, 2021. She leaves a legacy that includes her five children and their families, the Memphis Riverbluff Walkway, and the Sea Isle Park Arboretum along the park walking trail. Born in Belvidere, Illinois on October 11, 1928 to Ralph and Marjorie Bursiek, she was a graduate of the University of Cincinnati where she was inducted into Phi Beta Kappa honorary society and Alpha Chi Omega sorority. After graduation, she was commissioned an Ensign in the US Navy Waves and stationed in Norfolk, Virginia as a Communications Officer. She always said that she had received a spot promotion from Ensign to “Lt. commander” when she married Lt. Bergen Merrill. As a Navy wife, she joined her husband at duty stations in California, Illinois, Virginia and Bermuda. After his return from Viet Nam, he retired from the Navy. They moved to Memphis, where he had accepted a position at the University of Memphis. In 2015 they moved to Osprey, Florida where three of their five children live. She is survived by her children and their spouses: Bobby and Grace Merrill, David and Dawn Merrill, Richard and Jo Claire Merrill, Patty and Bob McMican, Mary and Cliff King and numerous grandchildren. Family, community, and nature were important to Pat. She was Chairman of the Memphis City Beautiful Commission, President of the Chickasaw Environment Association, and founding President of the Sea Isle Park Neighborhood Association. She served on numerous committees related to zoning, sign and tree ordinances, greenways, interstate highway sound control, and neighborhood development and preservation. She was a member of the Leadership Memphis Class of 1985 and was a member of Colonial Park United Methodist Church. In 1988, the Memphis City Council recognized her “outstanding contributions to the community”. The Sea Isle Park Arboretum is dedicated to Patricia and her husband. As President of the Chickasaw Bluffs Conservancy, she worked to preserve public access to Memphis’ south bluffs. She was instrumental in the ten-year battle to create a mile-long walkway atop the bluffs offering panoramic views of the Mississippi River. For this effort, she and Tandy Gilliland received the 2002 Woman of the Year Award for Courage. A memorial service will be held at the National Cemetery in Sarasota for the immediate family. In lieu of flowers, please donate to Sea Isle Park Neighborhood Association, Friends of Memphis City Beautiful, or a charity of your choice.

Patricia Merrill, 92, died on February 17, 2021. She leaves a legacy that includes her five children and their families, the Memphis Riverbluff Walkway, and the Sea Isle Park Arboretum along the park walking trail. Born in Belvidere, Illinois... View Obituary & Service Information

The family of Patricia Merrill created this Life Tributes page to make it easy to share your memories.

Send flowers to the Merrill family.