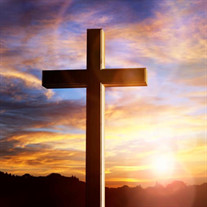 Reverend Fred J. Marsh, age 88, of Sarasota, FL, passed peacefully into the arms of his Savior, Wednesday, February 24, 2021, supported by the love and prayers of his family. He was born November 7, 1932, in Duncan, OK, to his loving parents, Fred Willard and Josie Fay (Guthrie) Marsh. Fred raised cattle and farmed alongside his father in the Oklahoma wheatfields. He graduated from Duncan High School and pursued his higher education at the Jr. College in Lawton, OK and Oklahoma State University where he met his future wife Linda Dudley. Upon completion of his military service in Germany as a Specialist First Class in the Armed Forces, Fred and Linda returned to Duncan, where he continued farming and worked as a postal carrier until he was called into the ministry. Upon completion of his undergraduate degree at Phillips University in Enid, OK, he immediately enrolled in graduate studies at the Phillips University Seminary School for three years to become a Disciples of Christ minister. Throughout his ministerial career, Fred was called to serve five congregations: Oak Grove Christian Church, Dover, OK; First Christian Church, Helena, OK; First Christian Church, Sac City, IA; and First Christian Church, Davenport, IA. Upon retirement, he and Linda moved to Sarasota, FL, where he left retirement to serve as the Pastor of Visitation at Church of the Palms. Fred enjoyed good conversation, good books, horses, trick roping, gospel music, and watching sporting events. His greatest joy was ministering to others and proclaiming the “Good News.” He dearly loved his family and proudly shared in the joy of their accomplishments. He is survived by his loving and devoted wife of 66 years, Linda Marsh; daughter Roxanne (Paul) Curtis; son Mark Marsh; sister Donnis Greenwood; four grandchildren, Melissa Curtis, Courtney Kelly, Jacob Marsh, and Zachary Marsh; two brothers in-law, Bob and Paul Max Dudley; several nieces, and a nephew. He is preceded in death by his parents, Fred Willard and Josie Faye Marsh; sisters, Imogene (Darrell) Selby and Frankie (Clyde) Reasor; and two brothers, Billy Gerald and Willard Dale Marsh. A private Celebration of Life Service will be held at a later date. In lieu of flowers, contributions may be made to The Tidewell Hospice Foundation at 5955 Rand Blvd. , Sarasota, FL 34238. .

Reverend Fred J. Marsh, age 88, of Sarasota, FL, passed peacefully into the arms of his Savior, Wednesday, February 24, 2021, supported by the love and prayers of his family. He was born November 7, 1932, in Duncan, OK, to his loving parents,... View Obituary & Service Information

The family of Reverend Fred J. Marsh created this Life Tributes page to make it easy to share your memories.

Send flowers to the Marsh family.