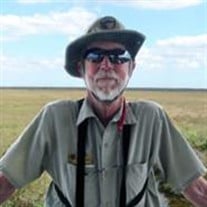 Richard “Dick” Dean Konicek was born in Chicago Illinois to Ervin and Pearl (Pitts) Konicek. Formerly of Amherst, Massachusetts, Dick passed away on November 10 in Florida at the age of 88 after a brief illness. He was a kind, curious, and thoughtful man who loved science, teaching, sharing stories and being surrounded by his family and friends. Dick filled his life with music, playing the piano and singing in the choir. He enjoyed his Unitarian Universalist men’s group, woodworking, soap operas, writing poetry, hiking mountains, musical theater, riding his bike, Pepsi, a morning cup of hot chocolate, a good book and a good laugh. Having grown up in Chicago, Dick was a passionate White Sox fan. Dick was a life long learner and educator. He graduated from University of Illinois for BS and MS in Biology. Dick served in the US Army 1954-1956. He taught in Stamford and in Greenwich CT from 1956-1967. During that tenure Dick was named the science coordinator for the Greenwich CT school district. He began teaching at the University of Massachusetts School of Education (Amherst) after earning his EdD from Columbia University in 1967. During this time, he was co-author of 22 science textbooks for elementary and middle school. Dick remained at UMass for the rest of his teaching career. During his 55-year career he led staff development workshops in Science Education in Africa, China, South America and Europe as well as in the US. Dick has published papers in Phi Delta Kappan, Science Education, Science and Children and many other journals. The Kappan article he co-wrote with Bruce Watson “Teaching for Conceptual Change: Confronting Children’s Experience” is considered a seminal work in children’s alternative conception in science. Dick won the Distinguished Teaching award for UMass in 1988 and the Mortar Board Distinguished teaching Award in 1990. In 2009 Dick was awarded the National Science Teacher’s Association Presidential Citation Award. At the age of 22, Dick traveled to The Everglades with his fellow graduate students and Dick fell in love with the park. In his later years Dick was able to return with his wife and partner Kathleen Moran as volunteer docents and tour guides. Their expansive understanding of the relationship we have with nature illuminated all who shared a “slog” to a hardwood hammock with them or heard Dick’s excitement about dissecting pythons captured with park rangers. Passion for science and storytelling inspired Dick to continue his writing career with the series Everyday Science Mysteries, and a science education guidebook, co-written with S. Page Keeley Teaching for Conceptual Understanding. He and Kathleen have also written two illustrated children’s books on science topics. At the time of Dick’s death two additional books with Kathleen had been accepted for publication. Story telling - that was Dick’s gift. Stories of our natural world, why it was important and how stories can inspire the curious mind. He also was very funny. He had a mirthful twinkle in his eye. He was always game for the “next”. In his own words. “As we walk, we look each day for our miracle of the day. It may be a murder of crows harassing a barred owl or a red-tailed hawk flying over our heads with a squirrel in it’s talons. It might be a pair of wood ducks looking for a tree with a hole big enough for a nest or a patch of spring trillium or trout lilies. In the late summer, it could be a clump of ghostly Indian pipe and a rattlesnake plantain orchid in bloom or a humming bird hovering near a flower.” Dick will be greatly missed by his wife of 28 years Kathleen Konicek-Moran, his sons and their wives, Steven & Martha and Tim & Karen Konicek; stepchildren and spouses: Kristin & Silas Beane, Christopher & Paula Bunce, Eric Bunce, Jesse & Shawna Melnick, Kerry & Emily Breton- Brown, and Kelsey Brown & Cody Baker, 12 grandchildren, one great grandchild and counting. “There are some who bring a light so great to the world that even after they are gone the light remains” – Anonymous A celebration of Dick’s life will be held on January 4 at 2 pm at the Unitarian Universalist Church of Sarasota, Florida. 3975 Fruitville Road, Sarasota. Dick’s family will scatter his ashes in the White Mountains of NH during warmer weather. In lieu of flowers, donations can be made in Dick’s name in support of his beloved Everglades at www.southfloridaparks.org

Richard &#8220;Dick&#8221; Dean Konicek was born in Chicago Illinois to Ervin and Pearl (Pitts) Konicek. Formerly of Amherst, Massachusetts, Dick passed away on November 10 in Florida at the age of 88 after a brief illness. He was a kind, curious,... View Obituary & Service Information

The family of Richard “Dick” Dean Konicek created this Life Tributes page to make it easy to share your memories.

Send flowers to the Konicek family.