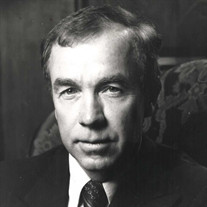 Stephen David Foster, 81, of Lakewood Ranch, FL died at Doctors Hospital in Sarasota on Monday, Dec. 13 after a short illness. He was born March 31, 1940, in Philadelphia, PA to Clarence Biddle Foster and Elizabeth M. (Burger) Foster. Stephen grew up in Philadelphia where he attended Haverford High School graduating in 1958. The summer after he graduated from Haverford High he attended Villanova College, then enrolled in Eastern Baptist College in Philadelphia graduating in 1963 with a Bachelor’s in History. He enlisted to make his commitment to the United States Marine Corps in 1961 while still in college. He served until his honorable discharge in February of 1967. Stephen returned home and accepted a position in marketing and sales with Sun Oil Company (Sunoco). His first job with the company took him to live in Providence, Rhode Island where he met his circle of lifelong friends. While living there he enjoyed time in Newport, where he visited the rest of his life. He traveled extensively across the United States and overseas to the Far East representing the company during his career. Stephen retired from Sun Oil Company after 30 years of dedicated service in the late 1990’s. In the 1980’s Stephen owned and operated the Kitty Knight House, a historic inn and restaurant that Stephen was proud to restore, located on the Sassafras River in Georgetown on the Eastern Shore of Maryland. He sold the restaurant and inn after 15 years of ownership and entrepreneurship. Stephen purchased a home and gentleman’s farm on the shores of the Sassafras River in Maryland. There he enjoyed many years while raising his two daughters. Stephen was an avid sailor and yachtsman his entire life. He enjoyed his Burger Yachts the Mountbatten and the Kitty Knight, his lifelong seamanship a source of great pride. After moving to Fort Lauderdale, he brokered yachts for many years. Stephen moved to Lakewood Ranch in 2019 and has enjoyed living there since. He prized his 1988 Mercedes-Benz convertible that he bought new. He still enjoyed his rides in his beloved Mercedes with the top down! He was a proud Scot, celebrating his heritage at any given chance! He founded the Admirals Club (which was made up of those lifelong friends) and was the first official “Sea Lord”! Stephen’s family was most important to him, and he enjoyed becoming “Pop-Pop” to his grandchildren. It was a role he filled with great skill, enthusiasm, and wisdom. Surviving are his daughters Felicia Foster and her husband Daniel Manichello, and Stephanie (Ben) Ziskal; and his son Stephen D. Foster Jr.; his 3 grandsons Zachary and Cameron Ziskal and Domenico Manichello; and his former wife Shirley Foster. He was preceded in death by his parents and 3 brothers, Wayne, David, and Biddle Foster. A visitation will be held from 11AM to 1PM at Toale Brothers Colonial Chapel, 40 N. Orange Avenue, Sarasota on Monday Dec. 20. A funeral service celebrating his life will be held at the Colonial Chapel immediately following visitation at 1PM with Rev. Caleb Free of Risen Savior Lutheran Church in Lakewood Ranch officiating. A graveside ceremony will be held in early January in Galena, Maryland at Still Pond Cemetery with military honors conducted at that time. He will be laid to rest next to his mother. The family suggests you remember Stephen with a memorial contribution to a favorite charity of his, the Tunnels to Towers Foundation, 2361 Hylan Boulevard, Staten Island, NY 10306. You can donate online by going to https://t2t.org/ and clicking on “Donate."

The family of Stephen David Foster created this Life Tributes page to make it easy to share your memories.

Send flowers to the Foster family.