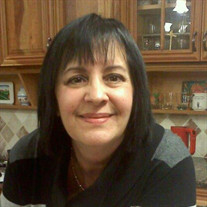 Beautiful Wife, Wonderful Mother, Gifted Lyric Soprano and Musician, Brilliant Lawyer, Awesome Writer and all-around Renaissance Woman God blessed the world with Susan on May 18, 1959. Her parents gave her a little brother Joe to love at the age of five. She attended St. Clare’s School in the Bronx until her family moved to Sarasota in 1971. In Sarasota, she attended Incarnation School and Riverview High School. She excelled in music and was a lyric soprano who won many state awards, was a member of the choir, and starred in many dramatic productions. She attended Stetson University in Deland and achieved a business degree in 1981. She also completed studies at Stetson Law School and graduated with a Juris Doctor degree in 1985. She began practicing law in Sarasota where she was an immediate success serving as the Young Lawyers Section President and was a member of the Board of Governors of the Florida Bar. She met Richard Filson and the two fell in love and married on October 18, 1986. They founded Filson and Penge, P.A. across from Southside Elementary School which is still there today. Susan was blessed with her daughter Rachel on December 31, 1993. Rachel has always been the apple of Susan’s eye and has filled her with so much love and joy. Rachel, a social worker, followed in her mother’s footsteps helping people. She has made Susan so proud. Susan returned to her musical roots as a lyric soprano and excelled as she always did singing as a soloist and in the choir of Gloria Musicae, the Florida Voices, and A Tempo a jazz group. She traveled the United States, Canada, and Europe on concert tours and put out an album. She loved the Lord so of course she also served as the Cantor of Incarnation Church for many years. Susan then decided to become a food writer and photographer. Susan soon became the food columnist of the Tampa Tribune, writing for Creative Loafing and other magazines, and writing a nationally followed food blog. She became a spokesman for several food products and traveled the United States. She participated in panels and symposiums at food conferences where she was a hit because of her warmth and the love that she put into her cooking. Despite all of her accomplishments and her ability to succeed at anything she tried, Susan was always humble and generous. She had no ego, only love. Susan has always been a loving and compassionate Catholic woman trying to help others and serve the Lord. Whether it was helping a friend, family member, the community, or animals in need, Susan was always eager to lend a hand and lift others up. She is the most giving woman we could ever know. She and her husband Richard have been inseparable for 35 years of marriage and love each other so deeply. Susan and Rachel love one another as only a mother and daughter can. Despite some health problems the last few years, Susan was having a rich full life and still helping others. She contracted an unexpected illness two weeks ago and after a valiant fight, the Lord took her to heaven on September 12, 2021. We know she is singing with the angels with her beautiful voice praising the Lord as she did so often in life. She is survived by Richard, Rachel, Joe his wife Debbie and their children Clino and Andrew, whose hearts are broken. We miss you and we love you. Wake – Thursday, September 16, 2021 @ 5:00 pm – 7:00 pm Toale Brothers Funeral Home, 40 N. Orange Avenue, Sarasota, FL 34236 Funeral Service – Friday, September 17, 2021 @ 9:30 a.m. Incarnation Catholic Church 2901 Bee Ridge Rd.,Sarasota, FL 34239 Graveside Service – immediately following funeral service Sarasota Memorial Park 5833 S. Tamiami Trail, Sarasota, FL 34231

The family of Susan Penge Filson created this Life Tributes page to make it easy to share your memories.

Send flowers to the Filson family.