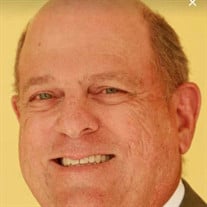 Velton Vernon Hodges passed away Tuesday afternoon April 6, 2021. Born in Sarasota, Florida he was a son of the late Woodrow Hodges and the late Linda Fidler Hodges. Velton lived his entire life in Sarasota. He attended Sarasota County Public Schools and graduated from Sarasota High in 1971. He earned an AA degree from Manatee Junior College, a BSED degree from the University of Georgia in 1975 and a MED from the University of Georgia in 1977. Velton was a catcher on the baseball team and played throughout his college career at both MJC and UGA. Velton met his loving wife- Richa while completing his Master’s degree in Physical Education. He was completing an internship for his graduate program at Mary Persons High School in Forsyth, Georgia as one of the coaches in the athletic department. The two got married November 19th, 1978 in Forsyth and moved to Sarasota, Florida where they raised their two daughters, Ashley and Kalen. Velton began his teaching career in 1978 at Brookside Junior High School. He remained at Brookside during the district's move to Middle School. During his time at Brookside, he taught Physical Education and spent two years teaching science in both the 6th and 8th grade. He also worked at Garden Elementary School in Venice where he was a Physical Education teacher. He was very active in the Sarasota Classified Teachers Association and was elected President in 1990. He served as the elected President for 12 years. Velton spent the last ten years of his career teaching at Brookside Middle. Velton retired in 2012 from the Sarasota County School district with 34 years of service. In 2014, Velton ran for Sarasota County School Board District 1. In addition to his teaching career Velton served on the Education Foundation Board of Directors and The United Way Board. He served two terms on The Education Standards Commission for the state of Florida. Velton loved his family, playing golf, watching Georgia football, telling stories and being a part of so many lives through his work in education. In addition to his parents- Velton is preceded in death by his sister, Prudence Hodges and brother-in- law Kelly Joseph Jr., (Kell). Velton is survived by his loving wife of 43 years, Richa Joseph Hodges; brother, Bruce Hodges (Deborah) ;children, Ashley Hodges (Herman Rucker) and Kalen Wilkerson (Colin); three grandchildren, Chloe Rucker, Easton and Alyssa Wilkerson and five nieces and nephews. The funeral will be held at 2 pm Saturday April 10, 2021 at Toale Brothers Funeral Home, 40 North Orange Avenue, Sarasota, Florida 34236. Interment will follow at Palms Memorial Park. In lieu of flowers, the family has asked for donations to be made to the Brookside Middle School Athletic Department or Exceptional Student Education department on Velton’s behalf.

The family of Velton Vernon Hodges created this Life Tributes page to make it easy to share your memories.

Send flowers to the Hodges family.