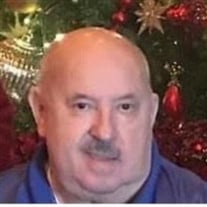 William Albert Broadhurst II, passed away peacefully in Bradenton, Florida on December 11, 2021, with family by his side. William was born on May 18, 1942 in Brooklyn, New York. He was predeceased by his parents William Albert Broadhurst and Stella Traczyk, and his sister Carole A. Friello. He is survived by his loving wife, Susan (Salt) Broadhurst of 49 years, beloved son William Albert Broadhurst III and his wife Carolyn of Leonardo, NJ, and beloved daughter Sarah (Broadhurst) Farrell and her husband Patrick of Parrish, FL. He was also survived by his adored grandchildren, Rebecca Farrell, William Albert Broadhurst IV (Liam), Colin Farrell, Erica Broadhurst, Braidon Farrell, and Ashton Farrell. Bill graduated from Richmond Hill High School (Queens, NY) in 1960, where he was a member of the track team. He served in the Marines as a Lance Corporal from 1961 to 1967. He graduated with a B.S. from John Jay College of Criminal Justice in 1975. He served as a New York City Police Officer for twenty years. He then worked as a Code Enforcement Officer for Middletown, New Jersey until he retired in 2003. Bill was a hard worker and taught his children and grandchildren to be the same. Bill enjoyed telling jokes, watching and discussing sports of all kinds with his grandchildren, and spending any amount of time with his family. He loved listening to music and bowling, playing golf, and playing bocce with his wife. He was gifted at showing love and kindness, having a generous spirit, and giving wonderful words of advice. His sense of humor and jokes could light the room up with laughter. He had a special bond with his dogs that he had over the years, Izzy, Brandy, Reba, Shadow, and most recently Haley. He avidly watched birds on the pond behind his home. He was a member of Woodland Community Church, which he faithfully watched online each week. A celebration of life will be held on Friday, December 17 at Toale Brothers Funeral Home (912 53rd Ave W., Bradenton, FL 34207). The family will receive friends from 4-5:30pm, with the service immediately following from 5:30-6pm. Arrangements have been entrusted to and are under the care of Toale Brothers Funeral Home, Bradenton, Florida. In lieu of flowers, the family asks that contributions be made in Bill’s memory to Tunnel to Towers Foundation using their website https://t2t.org/ or calling them at (718)-987-1931. Donations in his memory to Tunnel to Towers that are sent by mail can be sent to 2361 Hylan Boulevard, Staten Island, New York, 10306. To share a memory or to leave a condolence for the family please visit https://www.toalebrothers.com/obituaries/.

The family of William Albert Broadhurst II created this Life Tributes page to make it easy to share your memories.