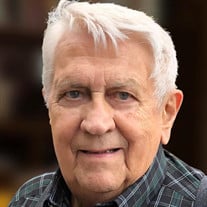 Friday, June 25th, we lost a friend, a father, a grandfather, a husband, a brother, and a mentor. Bill was a man of valor, beloved by all who were touched by him. May his memory be a blessing. Born in Lima, Ohio, Bill moved with his parents,... View Obituary & Service Information

The family of William R. (Bill) Korp created this Life Tributes page to make it easy to share your memories.

Send flowers to the Korp family.